Koeman: Barcelona can’t be afraid of Madrid in ‘clásico’

MADRID (AP) — Barcelona can’t be afraid of Real Madrid when the teams meet in the first “clásico” of the season this weekend, Ronald Koeman said Saturday.

“We have to play without fear,” the Barcelona coach said. “We have to show that we can win and that we will be motivated to win from the start.”

It will also be the first clásico since Lionel Messi departed from Barcelona, which has been struggling on and off the field since then.

Barcelona got off to a tough start but picked up two straight victories for the first time this season ahead of Sunday’s clásico at the Camp Nou Stadium.

It beat Valencia in the Spanish league last weekend and Dynamo Kyiv on Wednesday in a crucial victory that kept alive its chances of avoiding elimination from the Champions League’s group stage for the first time in two decades.

The match against Madrid caps a three-game home stint that Koeman called key for the club this season.

“We have good momentum after these two victories,” he said, “and we are very motivated to show that we can win this important match in front of our fans. Hopefully the stadium will be packed and it will be a good atmosphere.”

Less than 50,000 people attended the team’s past two matches, about half the capacity of the Camp Nou, which was usually nearly full when Messi was still playing there.

Koeman will likely count on defender Jordi Alba, who made the squad for the clásico despite earlier being listed as doubtful because of an ankle injury.

Barcelona sits in seventh place in the Spanish league standings, two points behind third-place Madrid, which is coming off a much-needed 5-0 victory at Shakhtar Donetsk in the Champions League following consecutive losses against Sheriff at home in the European competition and at Espanyol in the league.

Madrid coach Carlo Ancelotti said it’s OK to be afraid ahead of these matches.

“Fear is something that happens,” he said. “Sometimes you think about it before a game, sometimes before a training session, sometimes afterward. It’s a fairly constant thing and it’s good. Fortunately, I’m not terrified. I never am before a game because I always think there are worse things in life than losing a football match.”

Ancelotti has included both Eden Hazard and Dani Carvajal in the squad for Sunday’s match despite recent injuries. 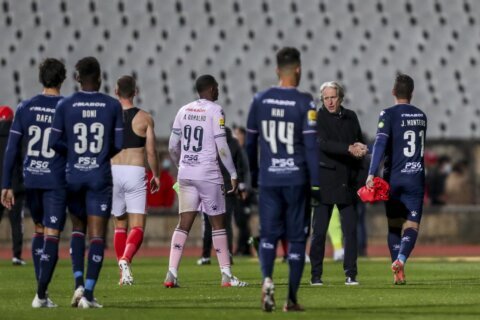 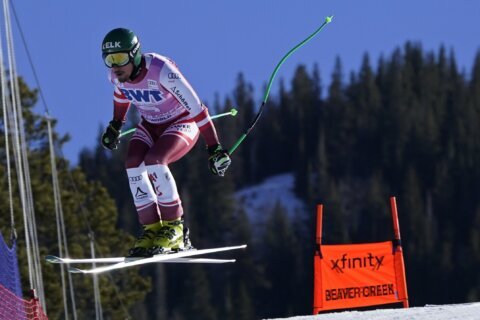