Brown races to 1st win as darkness falls at Talladega

TALLADEGA, Ala. (AP) — Brandon Brown became the second NASCAR driver to earn his first national series victory Saturday with a win in the Xfinity Series race shortened by darkness at Talladega Superspeedway.

Brown was the leader when a crash with 12 laps to go brought out the seventh caution of the race and slowed activity as daylight faded over the 2.66-mile superspeedway. Brown was among a handful of drivers claiming over the radio it was too dark to see and the race needed to be called, a decision NASCAR made with six laps remaining.

Brown sobbed over his team radio as he thanked his father, who owns tiny Brandonbilt Motorsports along with his son.

He did several burnouts to celebrate his first win in 113 Xfinity Series races over six seasons. After collecting the checkered flag, Brown stood atop his car and screamed “Let’s Go!” then energetically saluted the crowd.

It was the second upset winner of the day at Talladega, where Tate Fogelman smashed his way to his first career victory in the Truck Series race that opened the doubleheader. Neither winner is competing for the championship in their respective series, muddying both the Xfinity and Truck Series playoff grids.

Only reigning Xfinity Series champion Austin Cindric has clinched a spot in the second round of the playoffs headed into next Saturday’s race at The Roval at Charlotte Motor Speedway. The field will be trimmed from 12 to eight at Charlotte.

Talladega is host of a busy two days for NASCAR and its playoffs with all three national series racing the middle event of their respective playoff rounds. The Cup Series is scheduled to race Sunday, weather permitting.

The atmosphere was festive Saturday in the Talladega infield, but a small convoy of vehicles paraded past the main entrance of the speedway waving Confederate flags at the start of the day. NASCAR last year banned the Confederate flag at its events and similar convoys have turned out for all four race weekends since the ban went into effect.

One of the vehicles displaying the Confederate flag on Saturday was also towing a war-era canon.

Inside the track, Brown was celebrating in victory lane. The 28-year-old graduate of Coastal Carolina University has been desperately trying to build a winning race program alongside his father, and earlier this season made a used car salesman type social media post soliciting sponsorship.

Brandon Jones finished second and was followed by Justin Allgaier and Daniel Hemric as Chevrolet and Toyota alternated the top four positions. Jordan Anderson was fifth to lead another trio of Chevrolets, and Cindric was the highest-finishing Ford driver in ninth — good enough to clinch him a spot in the next round.

“As far as I understand we’ve advanced onto the next round, so it’s kind of job accomplished for the day,” Cindric said.

The final caution of the night came with 12 laps remaining when Brett Moffitt in a pack of traffic got a big shove from behind and was ping-ponged off a pair of other cars. The crash collected playoff drivers Riley Herbst and Harrison Burton, but they were not the only title contenders to have problems at Talladega.

Herbst led four times for a race-high 26 laps and now goes to The Roval hoping to avoid playoff elimination.

“Somebody from behind me didn’t use their brake pedal and knocked the back of our race car off, so we had to come down pit road and fix that, and then that obviously put us in the hornet’s nest and the top three-wide. At that point, I knew we were gonna be wrecked,” Herbst said. “We led a lot of laps. We got a lot of points, but we just didn’t finish well. I think we’ve got to go win the Roval now.”

Noah Gragson led eight laps late but was wrecked while leading with 24 laps to go. Jeb Burton shoved Moffitt and Moffitt got loose then hooked left into Gragson, sending Gragson straight into the wall and bringing out the second red flag of the race.

“The energy in the pack was a little chaotic. I thought it was a little early to be that aggressive,” Snyder said.

The first red flag was to fix damage to a retaining wall that occurred when AJ Allmendinger and Sam Mayer crashed 24 laps into the race. Allmendinger was the regular-season champion

“I just got hung up there, once you get back there, the people you are racing, it happens,” Allmendinger said. “We’re going to a pretty good racetrack for us.” 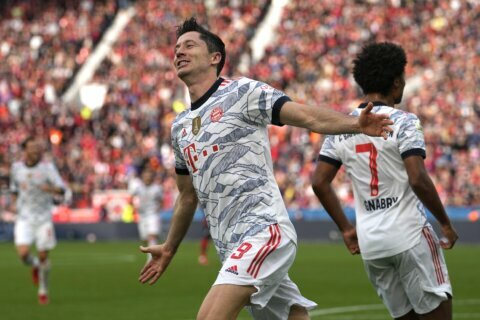 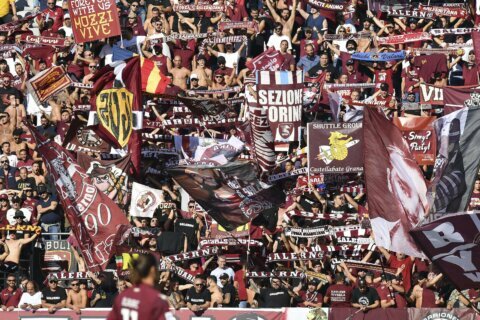