BRIGHTON, England (AP) — Arsenal’s resurgent winning run in the Premier League ended with a 0-0 draw at Brighton on Saturday.

After opening with three straight losses, Arsenal was seeking a fourth victory on the bounce and Pierre-Emerick Aubameyang headed against the outside of a post with one of the Gunners’ best chances.

Emile Smith Rowe also forced a low save out of Brighton goalkeeper Robert Sanchez in the second half after a well-worked move that started in Arsenal’s own half.

Brighton, which would have moved level on points with first-place Chelsea with a win, edged a rain-soaked encounter at the Amex Stadium but managed just two attempts on target as Leandro Trossard, Dan Burn and Neal Maupay failed to capitalize on decent openings.

Bukayo Saka hobbled off late in the game for Arsenal with an apparent muscle injury in his right leg.

Brighton was fifth with 14 points from seven games, with Arsenal four places and as many points further back. 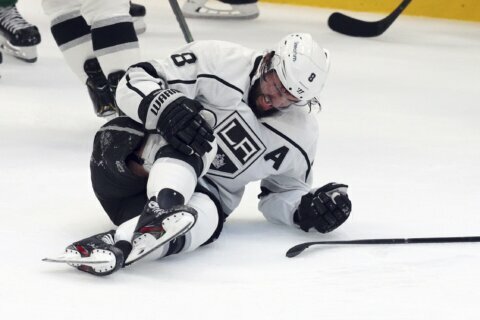 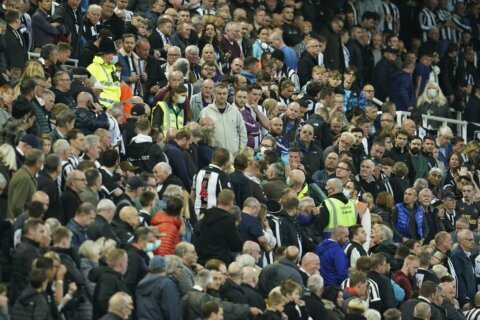 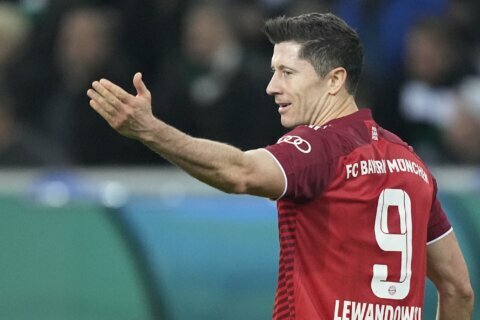