Pepi did not play after injuring a foot last week in the U.S. national team’s win over Costa Rica.

Arango tied it at 1 in the 33rd minute on a penalty kick that goalkeeper Phelipe Megiolaro got a hand on but the ball rolled over the line. Arango had a sliding finish of Daniel Musovski’s pass to tie it at 2 in the 75th, and then gave LAFC its first lead four minutes later.

Dallas (6-14-10) has been eliminated from playoff contention.

Ryan Hollingshead opened the scoring in the 10th by slotting it inside the far post, and Franco Jara gave Dallas a 2-1 lead just before halftime. 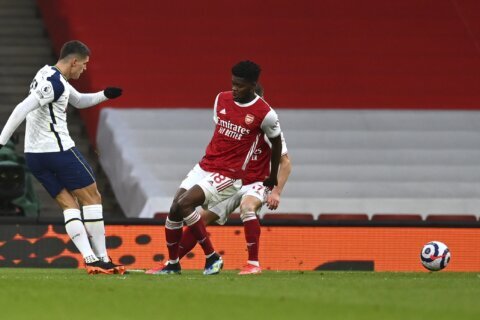