Algeria, Egypt back to winning in World Cup qualifying

Egypt took top spot in its group from Libya by edging their encounter 1-0.

Ivory Coast claimed the other most significant result of the day as Max-Alain Gradel thumped in a volley to send the Ivorians on their way to a 3-0 victory in Malawi.

Manchester City’s Mahrez opened the scoring for Algeria in the 27th minute in Blida but the other five Algerian goals came in the second half, including Mahrez’s second from the penalty spot.

Islam Slimani also scored a late brace as the Algerians rebounded from a draw in their last qualifier in Burkina Faso. Algeria and Burkina Faso are tied on seven points at the top of Group A after Burkina Faso won in Djibouti 4-0.

Mohamed Salah was back on home soil with his national team after missing Egypt’s first home game of the qualifying campaign because of British travel regulations, which would have forced him to quarantine for 10 days before returning to action with Liverpool. Those rules have now been eased for travelers from Egypt.

Salah started but it was Omar Marmoush’s goal just after halftime that gave Egypt three points at Borg el-Arab Stadium and Carlos Queiroz a winning start as the Pharaohs’ new head coach. Queiroz took over in mid-campaign when Hossam el-Badry was fired last month after an unimpressive 1-0 win over Angola and a 1-1 draw in Gabon.

Egypt led Group F by a point from Libya halfway through the group-stage qualifiers. The winners of the 10 groups will progress to a final playoff round to decide Africa’s five teams at the World Cup in Qatar next year.

Ivory Coast is on course to be there after beating Malawi to stay top of Group D. Gradel struck first in the 35th minute but the game was in the balance until Ibrahim Sangare made it 2-0 in the 85th and Jeremie Boga dodged past two defenders on the edge of the area and hit a left-footed shot into the top corner in injury time.

Cameroon is in a tussle with Ivory Coast to progress from that group and is a point behind after Bayern Munich’s Eric Maxim Choupo-Moting scored two headers in a 3-1 win over Mozambique.

Only Tunisia, Morocco and Senegal have won all of their games in qualifying. Tunisia cruised past Mauritania 3-0 on Thursday and has eight goals in three games without conceding.

Morocco produced a collection of high-quality goals in beating Guinea-Bissau 5-0 on Wednesday. The pick of them was Ayoub el-Kaabi’s scissor kick to make it 4-0. Morocco has two wins from two and has one game to make up after its qualifier in Guinea was canceled last month because of a coup in the West African country. That game was rescheduled for next Tuesday, meaning Morocco and Guinea will both play three games in seven days in this international window. 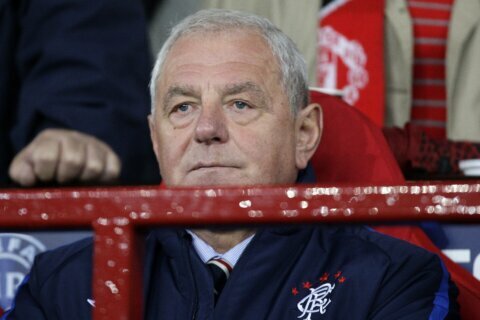