Steveson signs NIL deal with WWE, will wrestle for Minnesota

Olympic gold medalist Gable Steveson has achieved his childhood dream of signing with World Wrestling Entertainment — with a twist.

The WWE announced Thursday that it has signed Steveson to a deal that will allow him to join the WWE roster and return to the University of Minnesota to defend his college heavyweight wrestling title.

It is the WWE’s first so-called NIL deal, where college athletes can earn money for their name, image or likeness without violating NCAA rules.

“There’s a lot of possibilities for me with this gold medal,” Steveson said after winning the 125kg freestyle class in Tokyo. “A lot of doors opened after me winning a national title, and now the whole world is open for me to see after this Olympic gold medal.”

The night he won Olympic gold, he declared his allegiance to Minnesota. His love for his school and his home state caused him to consider his options carefully.

Steveson and fellow gold medalist Tamyra Mensah-Stock appeared at WWE SummerSlam last month, and the crowd of more than 50,000 showed its appreciation.

That appearance increased the hype about his potentially signing with WWE, but in a recent interview with The Associated Press, Steveson had hinted that returning to school was a strong possibility. He has been visible in his home state since winning the gold. He also blew the Gjallarhorn at a Minnesota Vikings preseason game and was on the sideline at Minnesota’s home football game against Ohio State. 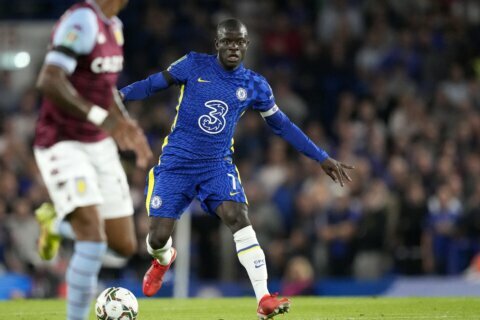