SAN JOSE, Calif. (AP) — The San Jose Sharks opened training camp with a big void at forward with Evander Kane not participating and little idea of when or if he will come back.

The Sharks took the ice for the first time this season Thursday, a day after Kane was cleared by the NHL of gambling allegations. But with the league still looking into allegations of physical and sexual abuse made by his estranged wife, Kane and the Sharks decided he will not take part in practice until further notice.

“It’s not ideal, but there is an ongoing investigation from the NHL,” general manager Doug Wilson said. “The focus has to be on our group here, the guys that are here today and the things that we can control, but also respect the process of dealing with some very serious allegations and some things that need to be addressed with the right process.”

The Kane saga has been hanging over the Sharks for weeks after Anna Kane alleged in an Instagram post this summer that Kane bet on NHL games and was “obviously throwing games to win money.”

That launched a probe by the league and the NHL said Wednesday there was no evidence to back up those charges and that the investigation “raises doubts about the veracity of the allegations.”

But Anna Kane also made additional allegations this week of sexual and physical abuse in a restraining order application filed in Santa Clara County Family Court.

Kane’s attorney denied those charges but the team said it came to an agreement with Kane that he won’t participate in camp until further notice while the league looks into those charges.

None of the players made available to the media would comment on the specifics.

“No one knew about anything and no one still knows about anything,” defenseman Erik Karlsson said. “We’re here to focus on the things that we can control and everything other than that is out of our hands.”

There was also a report this offseason from The Athletic that there was a rift between Kane and his teammates, many of whom don’t want him back on the team.

Kane’s teammates said any issues would be dealt with privately in the dressing room and they were happy with the mindset of the group who was on hand for the start of camp.

“I thought today was a real good day,” captain Logan Couture said. “When you get to the rink, you show up, you play hockey, you work hard. You play for the guy next to you. Everyone that’s here is proud to be a San Jose Shark and we want to win for this organization.”

Kane’s absence will be felt on the ice as he was the team’s most consistent forward last season, when he led the Sharks with 22 goals and 49 points.

If Kane can’t play, they will have a hard time reversing the dramatic fall the team has taken the past two seasons after making it to the Western Conference Final in 2019.

“We all just play,” defenseman Brent Burns said. “It’s no different than anything else. At the end of the day, we just make coffee in the morning, come to the rink, get ready to play and you do it. I don’t think it’s any different than guys getting hurt, not being there for lineup. We don’t worry about that stuff. We can’t. There’s too much other stuff.”

The Sharks finished last in the Western Conference in 2019-20 when coach Peter DeBoer was fired in December and took only small steps forward last season when they finished near the bottom of the West Division with 49 points in the first full season under Boughner.

They made few big moves in the offseason outside of buying out ineffective goalie Martin Jones and acquiring Adin Hill from Arizona in a trade and signing James Reimer for a second stint with the organization. The Sharks’ .891 save percentage over the past three seasons is the lowest in the NHL.

They also added some depth forwards in Nick Bonino and Andrew Cogliano but there will still be questions about whether there’s enough firepower on the top two lines, which will only be a greater concern if Kane doesn’t play. 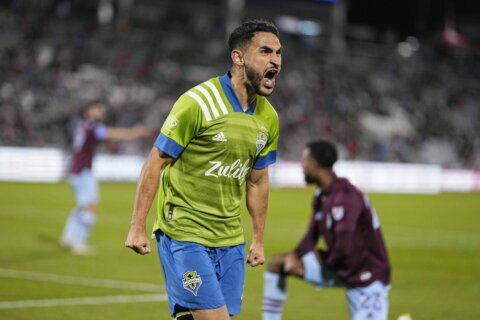 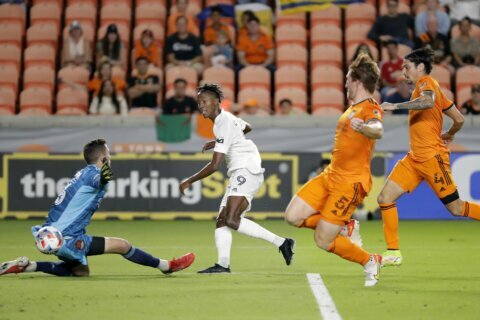