PARIS (AP) — Paris Saint-Germain was able to start its superstar attacking trio of Lionel Messi, Neymar and Kylian Mbappe for the first time on Wednesday in the Champions League.

Instead of fireworks, though, they only produced a big thud as PSG drew 1-1 draw against modest Belgian side Club Brugge.

“Fantomatique” — or “Ghost-like — was the headline in French sports daily L’Equipe on Thursday.

While 2020 champion Bayern Munich and last season’s runner-up Manchester City won and scored freely, PSG’s performance highlighted that the team still has glaring shortcomings despite being able to field three of the world’s best forwards.

The fact that Keylor Navas was the busier goalkeeper on the night — and PSG’s best player — should be of concern to coach Mauricio Pochettino ahead of playing much tougher teams in the competition.

“We’ve got a magnificent squad, but we need to find balance,” Pochettino said.

But given PSG’s remarkable summer recruitment drive, Pochettino knows he has little room for error in a season where the Qatari-backed club has been touted by many observers as the favorite to win the Champions League.

Behind the veneer of Messi’s arrival, the reality is that the midfield and defense still look very vulnerable, and allowed a modest side like Brugge to muster 16 shots at goal.

That is alarming considering that City is PSG’s next opponent in the group stage. Pep Guardiola’s side visits Parc des Princes on Sept. 28, giving Pochettino little time to make his team more solid.

PSG has a home game against Lyon in the French league on Sunday followed by a midweek trip to Metz before hosting Montpellier.

Pochettino also has a thorny goalkeeping dilemma to resolve — whether to stick with Navas or start Italy’s European Championship star Gianluigi Donnarumma.

Last season, Navas rescued PSG with outstanding performances against Barcelona and Bayern in the knockout stages before PSG’s limitations were exposed by City in the semifinals.

PSG would likely have lost against Brugge without Navas who, through no fault of his own, now finds himself fighting for the No. 1 jersey. Pochettino sounded evasive when asked after the Brugge game if Donnarumma would play against Lyon.

“Anything’s possible,” Pochettino said. “Decisions will be made game after game with regards to the performances.”

But rotation could also work against Pochettino, for he needs a settled goalie to take command of a brittle defense that was too easily exposed by Brugge.

Even the signing of Netherlands midfielder Georginio Wijnaldum and Italian league champion Achraf Hakimi at right back did little to stop the waves of Brugge attacks.

Wijnaldum lost a surprising number of tackles and was not helped by Leandro Paredes, who failed to control a simple pass early on as it rolled under his foot and led to a yellow card as he then fouled a Brugge player breaking through.

Wijnaldum and Paredes were both replaced by Pochettino, whose midfield clearly struggles when Marco Verratti is absent. The Italy star’s ball retention and distribution is superior and takes pressure off his teammates.

With Messi and Neymar up front, PSG also has a forward line that isn’t known for tracking back to defend, which can lead to the midfield getting overrun and the defense being exposed as a result.

Central defenders Marquinhos and Presnel Kimpembe looked exhausted at the end on Wednesday, as they often did last season when PSG lost eight games and the league title to Lille.

Messi’s positioning on the right of the three-man attack offers little protection to the midfield or to Hakimi, who by nature is a very attacking player and leaves space behind him where the opposition is free to counter. 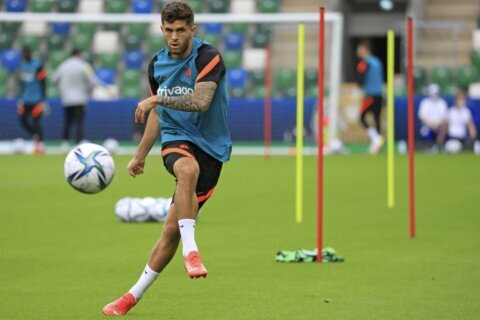 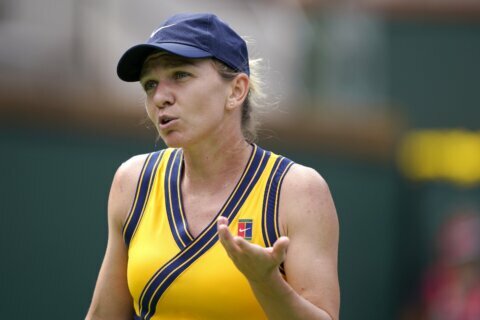 Halep overcomes back injury to reach quarters in Romania