Coronavirus News: The nuance of dealing with COVID-19 | New cases in Montgomery Co. | 'Is It Normal Yet' Podcast: A perfect storm | Latest cases in DC region
Home » Sports » MATCHDAY: Everton looks to…

Everton looks to maintain its unbeaten start to the Premier League season under recently hired manager Rafa Benitez in a home match against Burnley. With two wins and a draw, Everton is one of five teams still undefeated in the top flight. Dominic Calvert-Lewin has scored in all three of Everton’s matches so far and should be fit after a toe injury, which forced him to withdraw from England duty during the international break. Burnley has only one point so far.

Manuel Pellegrini’s Real Betis tries to win for the first time this season when it visits Granada in the Andalucia derby. Betis drew its first two league matches and lost to Real Madrid before the international break. Granada also is winless, with two draws and a 4-0 loss at promoted Rayo Vallecano. Getafe later hosts Elche in another match between winless teams. Getafe is one of the two teams yet to win points, along with last-placed Alavés.

Hellas Verona visits Bologna still looking for its first points in Serie A under former Sassuolo and Roma coach Eusebio Di Francesco. Verona has been competitive, though, getting beat 3-2 by Sassuolo in its opener and then squandering a lead over defending champion Inter Milan in a 3-1 loss. Bologna beat promoted Salernitana 3-2 in its opener, followed by a 0-0 draw at Atalanta. 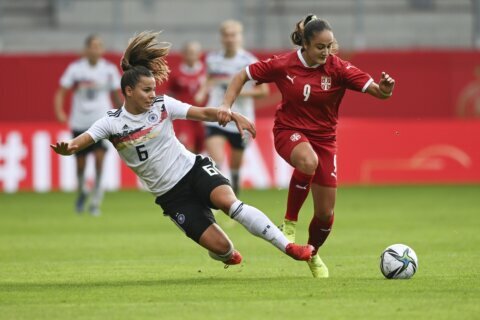 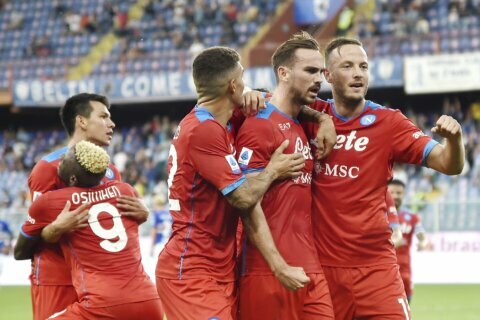