LIVERPOOL, England (AP) — Sadio Mane scored for the ninth straight time against Crystal Palace and reached 100 goals for Liverpool to set his team on its way to a 3-0 win in the English Premier League on Saturday.

The Senegal forward got to the milestone at Anfield by converting from close range in the 43rd minute after Mohamed Salah’s header from a corner was parried out by Palace goalkeeper Vicente Guaita.

Of Mane’s century of goals for the Reds, which have come in 224 games, 10 have been scored against Palace.

Salah added the second in the 78th and that also came from a corner, with the Egypt international volleying in after a delivery from the left was deflected to him at the back post.

Naby Keita scored the best of the lot in the 89th minute with a volley from the edge of the area after the ball was punched clear by Guaita.

It proved to be a tough game for Liverpool, which was without its two attacking full backs because Trent Alexander-Arnold was ill and Andrew Robertson was rested, and there were some nervy moments before Salah’s goal.

Liverpool has won four of its five games in the league and conceded only once, its improved defensive showings coinciding with the return from injury of center back Virgil van Dijk.

Palace hit the post inside the opening two minutes through Wilfried Zaha, and Liverpool goalkeeper Alisson Becker was also called upon to make saves against Conor Gallagher and substitute Odsonne Edouard shortly before Salah struck his fourth league goal of the season. 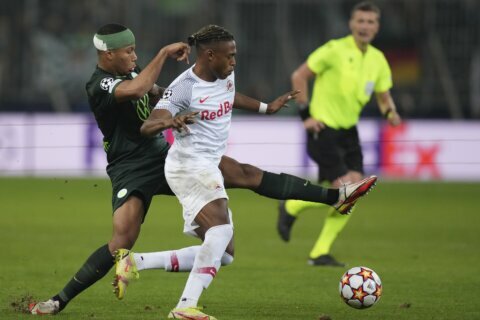 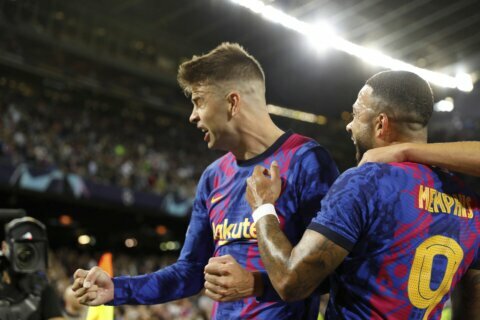