After failing to win the Olympic title in Tokyo, the Dutch had sent out their strongest possible team on the 157-kilometer (97.5-mile) hilly course.

But despite their impressive collective strength, disappointment was once again the overriding feeling for Vos and her Orange teammates after the race.

Balsamo, a 23-year-old Italian, enjoyed an excellent leadout and launched the sprint early with hot favorite Vos in her wheel. Vos, a triple world champion, pushed hard to catch Balsamo but could not match her in the last 50 meters.

“I’m totally speechless, it’s unbelievable,” said Balsamo, who burst into tears after crossing the line. “It was a dream for me after this long season, and my team was so good. After the last corner, I only switched off my brain and said ‘You have to go full gas.’”

Balsamo ended a four-year Dutch dominance in the event to give Italy its third gold medal at this year’s world championships after Filippo Ganna won the men’s time trial and Filippo Baroncini claimed the title in the U23 men’s road race.

Vos finished runner-up ahead of Katarzyna Niewiadoma of Poland.

Packed with stars and former world champions, the Dutch squad controlled the race almost throughout and had seven riders in the finale. They took regular turns at the front to keep Vos safe in the leading pack, rode hard in the final climbs and tested their rivals with attacks but could not open gaps before the sprint.

“It’s really nice when your tactic really happens and you believe in what you are here for,” said Italian rider Elisa Longo Borghini. “I knew that I had to close all the gaps, I felt really well today and I also had to be the last one launching Elisa for the sprint. From the beginning of the day I felt like Elisa could win so when you believe in something and you really work for it, most of the time it happens.”

The race started in the port city of Antwerp and featured a series of 20 climbs on two different circuits in the cycling-mad Flanders region of Belgium.

Spanish rider Margarita Victoria García tried a solo effort in the last 25 kilometers and opened a gap of about 30 seconds but could not resist the peloton’s chase and was caught with 10 kilometers left.

Defending champion Anna van der Breggen was part of the Dutch selection and worked in support of Vos in the final race of her career, crossing the line 89th. 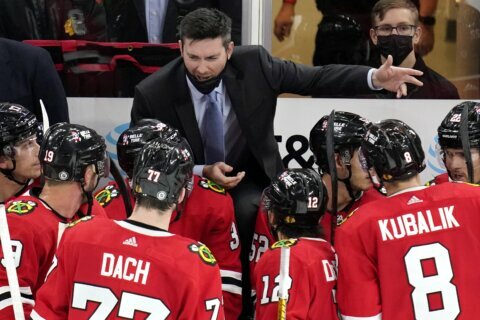