SIOUX FALLS, S.D. (AP) — K.J. Choi shot a 4-under 66 in windy conditions Saturday to take a two-stroke lead into the final round of the PGA Tour Champions’ Stanford International.

“So far it’s a good feeling,” Choi said. “So, tomorrow look for fight from everybody.”

Tied for the first-round lead with Darren Clarke after a 63, Choi had five birdies and bogey to reach 11 under at Minnehaha Country Club. The 51-year-old South Korean player won eight times on the PGA Tour.

“Hole by hole is more positive and more enjoy in the wind today,” Choi said. “Sometimes the tees are underneath the trees, so we can feel, but after hit it, very difficult control, distance control.”

Darren Clarke opened with a double bogey in a 70 that dropped him into a tie for seventh at 7 under with Retief Goosen (68), David McKenzie (65) and South Dakota native Tom Byrum (67).

Stricker will lead the United States against Europe next week at Whistling Straits in Wisconsin. Tiziani is his brother-in-law. 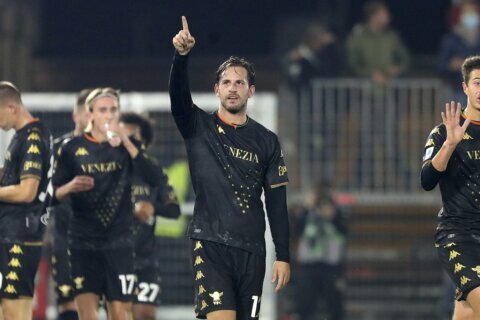 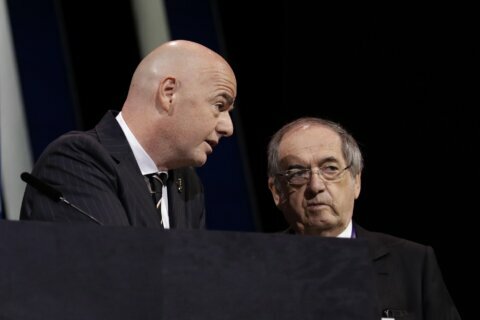