Jones, who reached 2,000 career points, also had four assists and three steals. Thomas and Jones each made all five of their free-throw attempts to help Connecticut go 14 for 16.

DeWanna Bonner added 18 points and Briann January had 10 for Connecticut (16-6), which began a five-game homestand.

Kaila Charles beat the third-quarter buzzer with a runner in the lane to extend Connecticut’s lead to 62-46.

CHICAGO (AP) — Allisha Gray had 20 points and Arike Ogunbowale scored 10 of her 15 points in the second half to help the Wings beat the Sky.

Ogunbowale beat the shot clock with a long 3-pointer to give Dallas a 75-68 lead with 2:20 remaining. Allie Quigley made her sixth 3-pointer with 52.7 left to pull Chicago within two points, but Moriah Jefferson answered with a basket in the lane and the Wings led by two possessions the rest of the way.

Satou Sabally missed her second straight game for Dallas with an injury.

LAS VEGAS (AP) — Kelsey Plum scored 21 of her 24 points in the second half, A’ja Wilson had 19 points, 14 rebounds and five assists and the Aces beat the Mystics to spoil Tina Charles’ ninth 30-point game.

Wilson, in her fourth season, became the fifth player in WNBA history to reach 2,000 career points in under 105 games.

Charles scored 23 points in the first half and finished with 30 points and 10 rebounds for Washington (8-12).

Indiana got within two points three times in the final 1:32, but Phoenix had an answer each time. After Kelsey Mitchell pulled the Fever within 82-80 with 25.9 left, Taurasi sealed it with two free throws.

Skylar Diggins-Smith, averaging 19.1 points per game, sustained a right ankle sprain in the first quarter and did not return.

Sykes opened overtime with a basket for Los Angeles’ first lead since 24-23. Kristi Toliver, who forced overtime, gave the Sparks a six-point lead with 2:13 left and they led by at least three points the rest of the way.

Erica Wheeler added 16 points for Los Angeles (8-13). Nneka Ogwumike, who went to the locker room in the first half but returned to start the third quarter, had 13 points, nine rebounds and nine assists. Amanda Zahui B. had 14 points, seven rebounds and four assists, Toliver scored 11 and Nia Coffey 10. 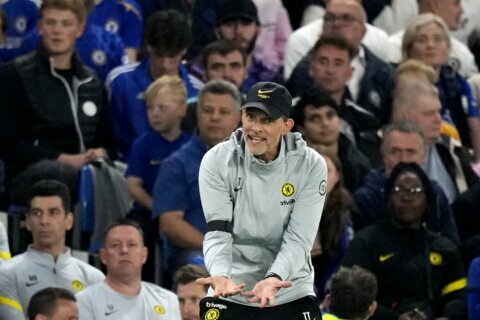 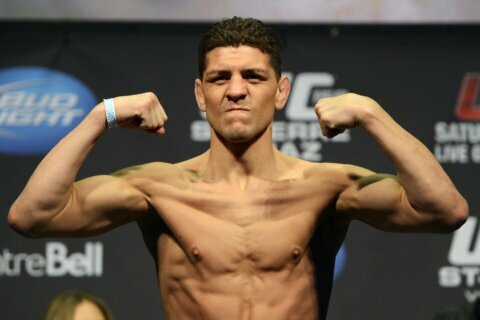