CHESTER, Pa. (AP) — Jakob Glesnes, Daniel Gazdag and Sergio Santos scored in the first half and the Philadelphia Union cruised past Toronto FC 3-0 on Wednesday night.

Philadelphia (7-4-7) won for just the second time in its last eight matches — snapping a three-game winless streak. Toronto (3-9-5) is 2-1-3 under interim coach Javier Perez, who took over July 4 after Chris Armas was fired in the wake of a six-game losing streak.

Glesnes headed in Gazdag’s corner kick in the 12th minute to open the scoring. Gazdag made it 2-0 in the 33rd on a penalty kick for his first MLS goal. Three minutes later, Santos scored on a breakaway by racing to José Martínez’s through ball and slotting it inside the far post. 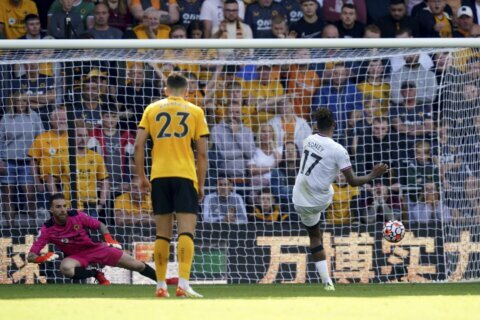