Begu beats No. 3 seed Alexandrova in Cleveland first round

CLEVELAND (AP) — Irina-Camelia Begu of Romania beat third-seeded Ekaterina Alexandrova of Russia 7-6 (3), 6-3 on Sunday in the first round of Tennis in the Land.

The 75th-ranked Begu is 3-0 against Alexandrova.

Begu won the final four points of the tiebreaker, ending it with a forehand that clipped the top of the net, and broke the serve of the No. 34 Alexandrova twice in the second set of the inaugural WTA 250 tournament.

“We’ve played a couple of times, so I knew exactly what to do,” Begu said. “I was aggressive as much as I could and my serve was really good today.”

Alexandrova displayed frustration in the second set, throwing her racket after Begu held serve at 2-2. She was broken in the seventh and ninth games, the latter on a double-fault after fighting off a pair of match points.

Begu kept her composure throughout the 1 hour, 53 minute contest, even smiling when a passing boat blew its horn on the Cuyahoga River just before a serve.

“It was nice playing in front of a nice crowd again,” she said. “It’s my first time here and it’s such a nice city. Thanks for the hospitality.”

Alexandrova and Vera Zvonareva were later knocked out of the doubles draw in the first round by Julia Lohoff and Renata Voracova, 6-0, 4-6, 10-6.

No. 26 Daria Kasatkina of Russia is the top seed after receiving a wild-card entry. No. 28 Anett Kontaveit of Estonia is the only other top-30 singles player at the tournament. 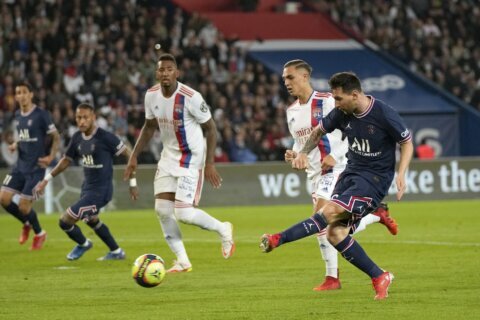