Verizon 200 at the Brickyard

Last year: Not on schedule.

Fast facts: NASCAR shares the IMS road course over the weekend with IndyCar, which races on Saturday. … Larson’s victory pulled him even with winless Denny Hamlin in the points race. Both have 12 top-five finishes and 16 top-10s and they are 131 points ahead of third-place William Byron. … Hamlin, winless Kevin Harvick and Tyler Reddick are in line for the remaining three playoff spots. Reddick is 12th in points and leads Austin Dillon by 25 points with three races remaining before the 16-driver field is set. … Larson’s five victories are two more than any other driver, with Martin Truex Jr. and Alex Bowman each having won three times. … Kyle Busch (-138 points) and Joey Logano (-157) are next in the standings.

Pennzoil 150 at the Brickyard

Last year: Not on schedule.

Fast facts: There are six races left in the battle for the 12 playoff spots in the series, and only seven drivers who primarily race in the series have solidified their spots with victories. … Gibbs’ three victories have come in only 10 starts and he’s finished in the top-five in five of the others. … Defending champion Austin Cindric leads Allmendinger by 80 points and Daniel Hemric by 141. … Kyle Busch won all five of his races in this series.

Last race: Austin Hill won at Watkins Glen in a weather-shortented race for his second consecutive victory in the series.

Fast facts: IndyCar shares the road course during the weekend with NASCAR, which has races Saturday and Sunday. … Two-time winner Alex Palou leads six-time series champion Dixon by 42 points in the standings with Pato O’Ward just six points back. … Palou, O’Ward and Ericcson all have two victories through 11 races. … Graham Rahal (sixth) and Simon Pagenaud (7th) are the top winless drivers in the point standings. One-time winners Colton Herta (8), Rinus VeeKay (9) and Indianapolis 500 winner Helio Castroneves (22) are further back. 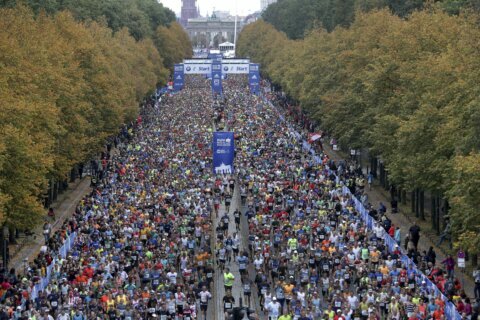 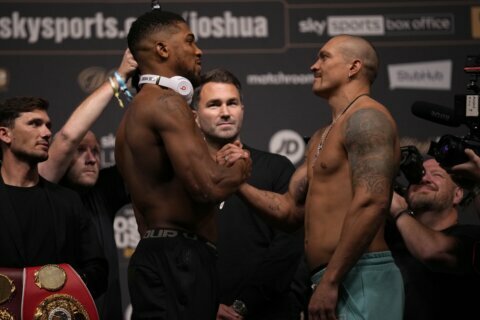 Joshua weighs in much heavier than Usyk ahead of title fight 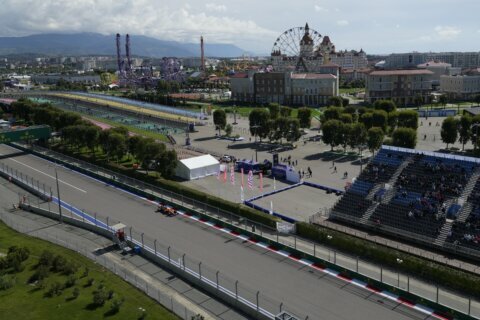