Italy has reached the European Championship final by beating Spain 4-2 in a penalty shootout after a 1-1 draw.

Italy will face either England or Denmark in Sunday’s final.

Italy and Spain are headed to a penalty shootout in the European Championship semifinals with the score even at 1-1 through extra time.

The winner will face England or Denmark in Sunday’s final.

Italy and Spain are headed to extra time in the European Championship semifinals with the scored even at 1-1.

Italy took the lead in the 60th with a goal from Federico Chiesa. The winger curled a shot between Spain defenders Aymeric Laporte and Eric García and into the far corner.

Italy and Spain are even at 0-0 at halftime in the European Championship semifinals with both teams failing to create clear-cut chances.

Spain forward Dani Olmo came closest to scoring but his close-range shot was saved easily by Italy goalkeeper Gianluigi Donnarumma. La Roja had another good chance in the 15th minute when winger Ferran Torres’ attempt from outside the area went wide of the near post.

Italy had one late chance when Emerson hit the crossbar in the 45th.

The European Championship match between Italy and Spain has started at Wembley Stadium.

The winner will face either England or Denmark in Sunday’s final.

Italy and Spain have taken the field to warm up before their European Championship semifinal match at Wembley Stadium.

Italy’s goalkeepers came out a little less than an hour before the match was due to start. Gianluigi Donnarumma and backups Salvatore Sirigu and Alex Meret clapped to the cheering Italy fans behind their goal.

Spain’s goalkeepers then came out about five minutes later for their warmup routine before the full squads from both teams emerged.

Fans are still streaming into Wembley and the stadium’s lower tier is starting to fill up. About 60,000 people are being allowed in to watch the match. Only about 40,000 were allowed in for the England match against Germany in the round of 16 on June 29.

Spain has dropped Alvaro Morata for the semifinal match against Italy in the European Championship and will play without a recognized striker.

Morata has started every game so far at Euro 2020 despite widespread criticism for his struggles in front of goal.

Mikel Oyarzabal typically plays as a winger but will be up front against Italy. Ferran Torres and Dani Olmo will be on either side of Oyarzabal.

Emerson Palmieri comes in for the injured Leonardo Spinazzola at left back for Italy as expected. Federico Chiesa has been picked ahead of Domenico Berardi on the right wing.

Italy defender Leonardo Bonucci waltzed all alone in the rain on the Wembley Stadium field about 90 minutes before his team was to play Spain in the European Championship semifinals.

Bonucci was wearing a gray jacket and dark blue pants and he waved to the few fans that had already made their way inside the stadium.

Bonucci and Giorgio Chiellini have been key to Italy’s success at the tournament. Italy has conceded only two goals at Euro 2020 so far.

Several Spain players emerged from the tunnel about 10 minutes later and chatted on the field after the rain had stopped.

The winner of the match will play either England or Denmark in the final on Sunday.

Thousands of flag-waving and flag-wearing Italy and Spain fans living in Britain have flocked to Wembley Stadium to see their teams play in the European Championship semifinals.

Fans from abroad are not permitted into the match unless they have followed the strict quarantine rules imposed by the British government.

That allowed the many Italians and Spaniards living in the country to take advantage of more easily available tickets. They have arrived in droves and have been loudly singing and chanting outside the stadium.

Spain fan Melissa Russell Escrichuela and her friends decided only on Saturday to buy tickets.

The 25-year-old business analyst says “it started almost as a joke and then we saw there were tickets. So we said let’s do it.”

Three of her group are Spanish and one is Italian.

UEFA has invited Denmark midfielder Christian Eriksen to the European Championship final along with the medics who helped to save his life.

Eriksen collapsed on the field during his team’s opening match against Finland on June 12 after suffering a cardiac arrest. He had to be resuscitated with a defibrillator.

Denmark will play England in the Euro 2020 semifinals on Wednesday. The final is scheduled for Sunday.

Italy and Spain will face each other in a knockout match at the fourth straight European Championship.

Spain beat Italy at Euro 2008 and Euro 2012 and went on to win the title each time. The Italians won five years ago at Euro 2016 but then lost to Germany in the quarterfinals.

The Euro 2020 semifinal match will be played at Wembley Stadium in London.

The winner will face either England or Denmark on Sunday in the final. That match will also be played at Wembley. 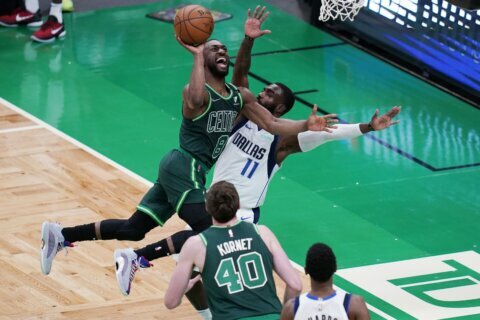 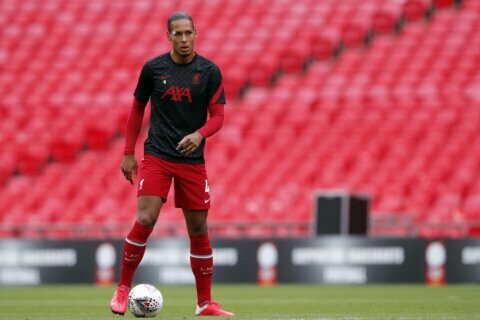 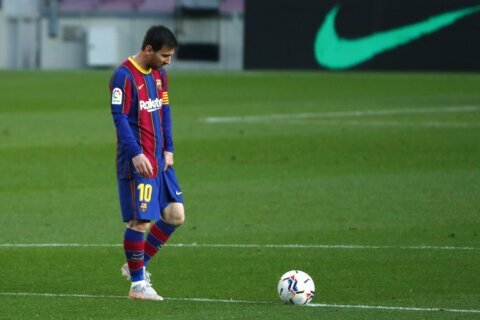