NEW YORK (AP) — The New York Rangers acquired the rights to pending free agent forward Barclay Goodrow from back-to-back Stanley Cup champion Tampa Bay on Saturday as part of a pair of moves before the NHL roster freeze for the Seattle expansion draft.

New York sent a 2022 seventh-round pick to the Lightning for Goodrow, one of the key additions who helped Tampa Bay get over the playoff hump and win the Cup each of the past two seasons. The Rangers now have exclusive negotiating rights with Goodrow until the free agent market opens July 28.

With new president and general manager Chris Drury getting his first chance to put his stamp on the roster, New York also sent forward Brett Howden to Vegas for a 2022 fourth-rounder and defenseman Nick DeSimone.

Vegas was similarly active, trading Cody Glass to Nashville for Nolan Patrick, whom the Predators acquired from Philadelphia in a trade for defenseman Ryan Ellis. 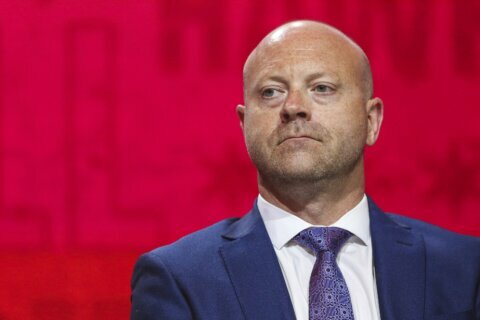