If Keith Yandle breaks the NHL consecutive games played record, he will almost certainly not reach that mark in a Florida Panthers uniform.

The Panthers bought out the remainder of Yandle’s contract Thursday, giving the veteran defenseman a chance at a fresh start and providing the team some extra salary cap space and protection in the Seattle expansion draft.

The 34-year-old holds the longest active ironman streak in the NHL at 922 consecutive regular-season games played — 42 short of Doug Jarvis’ record. The Panthers made Yandle a healthy scratch for half of their first-round playoff series, but that does not affect his streak.

Yandle immediately becomes an unrestricted free agent. Like Minnesota’s Ryan Suter and Zach Parise, he did not need to go on buyout waivers because Yandle had a no-movement clause in his contract. He can sign with another team when free agency opens July 28.

“We would like to extend a sincere thank you to Keith for all that he’s contributed to the Florida Panthers organization and to the South Florida community over the past five seasons,” general manager Bill Zito said. “While a decision of this kind is never an easy one to make, we believe that this shift is necessary as we look towards the 2021-22 season and our club’s future.”

Buying out Yandle allows the Panthers to protect another player in the Seattle expansion draft next week. Protected lists are due Saturday.

The Boston native has skated in 1,032 regular-season and 58 playoff games for the Coyotes, Rangers and Panthers since making his NHL debut in 2006. Yandle joins Suter among the experienced left-handed-shooting defensemen available this summer.

Duclair finally gets some stability with his sixth NHL team after playing each of the past four seasons on one-year deals. Duclair put up 32 points in 43 games last season with Florida.

“Anthony brought great speed and skill to our club this season,” Zito said. “We look forward to seeing him continue to be a creative playmaker for us on the ice and a valuable member of our community. We are thrilled to have him as a part of the Panthers family for years to come.” 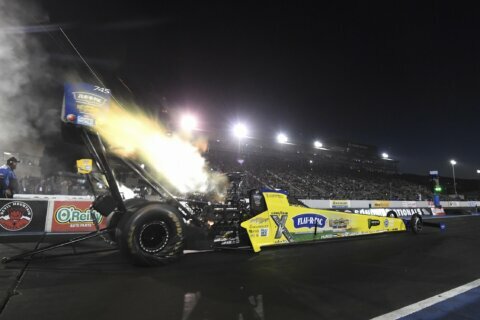