WIMBLEDON, England (AP) — Desirae Krawczyk of the United States won a second straight Grand Slam title in mixed doubles by beating her usual partner in the Wimbledon final on Sunday.

Krawczyk and Salisbury teamed up to win the French Open title together last month.

The seventh-seeded Krawczyk and Skupski never faced a break point and converted two of the seven they created.

It was the 31-year-old Skupski’s first Grand Slam title.

“I can’t believe it, it’s an amazing feeling to win a title at Wimbledon,” Skupski said. “I think it was our best match of the tournament. It was a good time to produce it. Never easy to play against fellow Brits, especially for Desirae, playing her partner Joe.”

Krawczyk said it was Salisbury’s decision to switch partners for Wimbledon as he wanted to form an all-British team.

However, Krawczyk and Salisbury are set to reunite for the U.S. Open. Unless Krawczyk changes her mind.

“I’ll have to think about it,” she said with a smile. “No, I’m just kidding. No, we’re definitely playing together.” 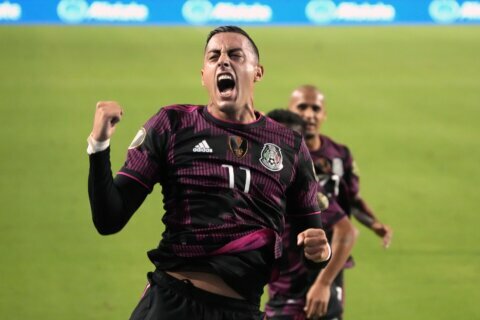