Flueckiger had the preferred starting position after winning the short-course race on Friday and controlled the entire race in wet, muddy conditions. Ondrej Cink tried to pull him back on a couple of late climbs but finished 25 seconds back in second place. World champion Jordan Sarrou edged out Alan Hatherly for the final spot on the podium.

Flueckiger’s second straight World Cup win came the same day Mathieu van der Poel, who wore the yellow jersey for a week at the Tour de France, abandoned the stage race to focus on his own preparations for the Olympic mountain bike race. 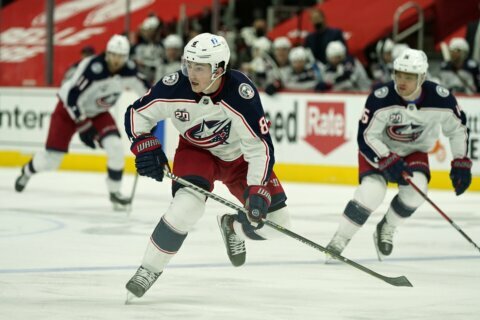