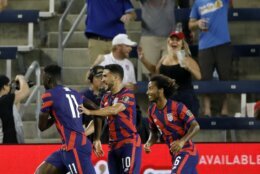 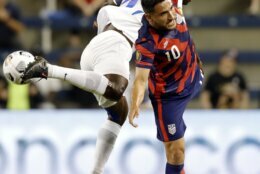 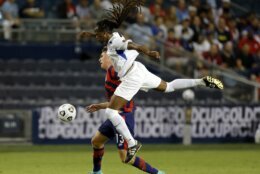 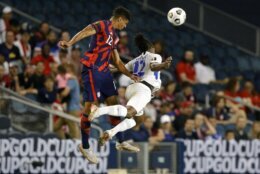 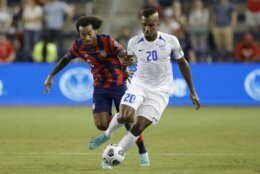 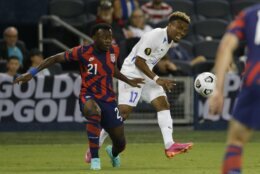 Miles Robinson, Gyasi Zardes and Nicholas Gioacchini also scored for the U.S., which started a lineup of players who have not been in coach Gregg Berhalter’s top-level player pool.

Canada leads the U.S. (both 2-0) on a total-goals tiebreaker going into their matchup Sunday, which will determine the Group B winner.

The U.S. improved to 37 wins, one loss and four draws in the Gold Cup group stage.

Hoppe, who started, and Donovan Pines, who entered in the 70th, raised the total to 47 debuts in 31 matches under Berhalter.

Dike, coming off a breakout loan from Orlando to second-tier Barnsley in England’s second-tier League Championship, raised his international goals total to three. He put the U.S. ahead in the 14th minute with a header off a long cross from Hoppe.

Busio’s shot hit the crossbar in the 23rd minute, and Dike headed the rebound toward goal. Samuel Camille attempted a clearance, but the ball popped up and spun in.

Robinson made it 3-0 in the 50th when Busio’s corner kick sailed though the box and Williamson, making his first start, crossed for Robinson to head the ball in for his second international goal.

Dike exchanged passes with a Roldan in the 59th, broke in and lobbed the ball over goalkeeper Gilles Meslien.