Auriemma, a member of the five-person selection committee, has been taking heat over the selection of so many players with ties to his program, including first-time pick Napheesa Collier over players such as Los Angeles Sparks star and Stanford alumna Nneka Ogwumike.

Auriemma told reporters Thursday that he would be happy to answer for those selections, if he were the only one putting the team together.

“The committee is made up of five people — former players, WNBA front-office people, USA basketball people,” he said. “Six if you count Dawn (Staley), who as the head coach is on the calls.”

He pointed out that critics also complained of a UConn bias in 2012 and 2016, when he coached the team, but was not part of the group that selected the players. The 2012 team had six players with UConn ties, the 2016 squad featured five.

“Now I’m not the coach and Geno Auriemma is still the (rear end) and I’m on the committee,” he said. “So, I think there’s a common thread there. Wherever I am, that’s whose fault it is if you don’t like whoever is on the team.”

Auriemma said the selections were not about a bias, but more about team chemistry. He said once the committee agreed on those players who were “locks” for the team, it had to find the best compliments to round out the roster.

“There are a lot of people that could have made that team,” he said.

Auriemma said the gap between the top U.S. players and next group is not nearly as wide as it once was and that made the selection process harder.

Auriemma also noted that there are two players with UConn ties (Kia Nurse and current Husky Aaliyah Edwards) on Canada’s Olympic team and two more (Gabby Williams and Bria Hartley) who are in the running to play on the French team.

He joked that he called former UConn star Svetlana Abrosimova, who is also a former general manager of the Russian national team, “to see if I could pick the Russian team,” he said. “But I can’t pronounce some of their names, so I’m not allowed to say, ‘Yeah, No. 12 should go on it.’” 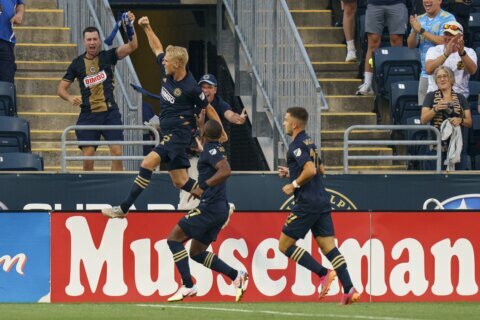