South Florida (29-27) was making its 14th NCAA regional appearance in school history, while Florida (38-21) played in its 13 straight.

The game was delayed in the top of the sixth, with USF leading 3-2, for two-plus hours due to lightning in the area. After the break, USF capitalized on a passed ball and wild pitch to score Jake Sullivan.

Hogan cleared the wall in the third for a 2-0 lead, and he added an RBI single in the seventh to score Carmine Lane, who had reached third after a double and an error.

USF starter Jack Jasiak allowed four hits and one run in four innings. Dylan Burns (5-5) struck out three in three innings and Orion Kerkering picked up his fifth save by striking out two in the ninth.

Third baseman Nathan Hickey led Florida with an RBI double in the third and an RBI single in the fifth. Kris Armstrong capped the scoring with a solo homer in the eighth. 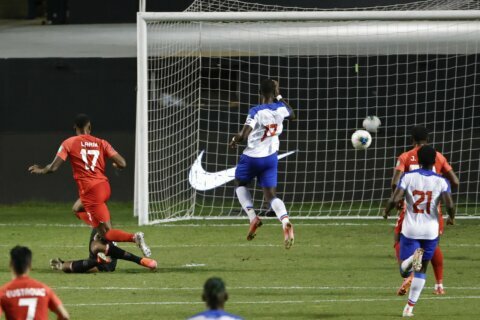