Quigley made a 3-pointer on back-to-back possessions to give Chicago a 78-57 lead late in the third. Minnesota went without a field goal for three-plus minutes in the quarter, and the Sky started the fourth on a 12-4 run for a 27-point lead.

Stewart scored 14 points with nine rebounds in the first half and Loyd added 10 points to help Seattle build a 41-33 lead.

LAS VEGAS (AP) — Kelsey Plum scored 13 of her career-high 32 points in the fourth quarter, Liz Cambage had 14 points and 11 rebounds, and the Aces beat the Liberty.

Plum led all scorers with 13 points in the fist half to help Las Vegas build a 48-45 lead after trailing by double digits . The Aces outscored the Liberty 25-15 in the third. 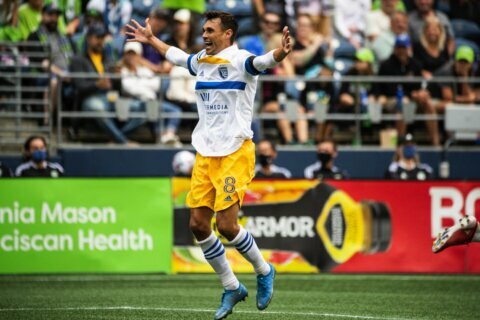