Carson McCusker narrowly beat out a potential inning-ending double play at first on a fielder’s choice that drove in Max Hewitt before Christian Encarnacion-Strand scored on a throwing error to give the Cowboys a 4-1 lead in the top of the fifth inning.

Cade Cabiness and Nolan McLean hit solo home runs for the Cowboys. McLean’s eighth homer of the season, and his first since April 11, capped the scoring in the eighth inning. The 6-foot-3, 225-pound freshman missed nearly six week due to a back injury before returning — and going 2 for 4 with a triple — in Friday’s loss to UC Santa Barbara.

Jacob Wilson went 2 for 4 with a solo shot in the sixth inning for Grand Canyon (39-21-1) and Elijah Buries went 3 for 4 and scored on a throwing error in the fourth. Brock Burton hit an RBI single in the seventh that put the go-ahead run on second base with one out but Kale Davis relieved Scott and induced back-to-back groundouts to preserve the Cowboys’ 4-3 lead.

Brett Standlee pitched a perfect ninth inning for his fifth save of the season. 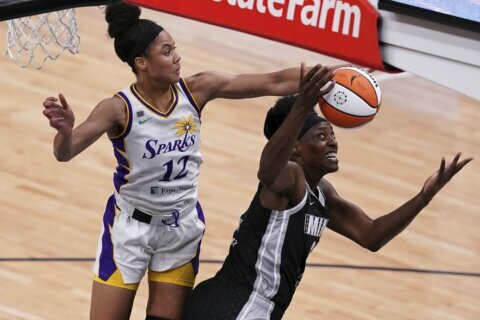