NEW YORK (AP) — The New York Rangers and Swedish defenseman Nils Lundkvist have agreed to terms on an entry-level contract.

Lundkvist played 52 games with Lulea in the Swedish Hockey League this past season, finishing with 14 goals and 18 assists. He won the Salming Trophy in 2020-21 awarded annually to the best Swedish-born defenseman in the SHL as selected by Hockey Hall of Famer Borje Salming.

Lundkvist established SHL career highs in several categories, including games played, goals, points, average ice time (21:24), and shots on goal (156). His 14 goals were the most by a defenseman in one SHL season by a player 21 or under.

Lundkvist recently had five assists in three games at the world championship in Latvia. 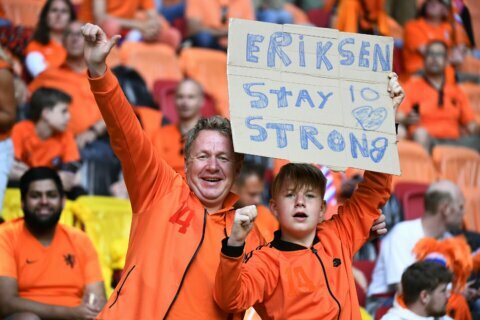