No anti-Ronaldo plan for Belgium vs. Portugal at Euro 2020

Ronaldo is on the verge of becoming the all-time leading scorer in international soccer. He can set the record on Sunday when Portugal faces Belgium in the round at 16 of the European Championship.

But the Belgians won’t be focused only on Ronaldo.

“If you see a Portugal shirt on the street, it’s 99% a Ronaldo shirt,” Belgium defender Jan Vertonghen, who plays for Portuguese club Benfica, said Saturday. “He’s the biggest player in the history of Portugal and we have to respect that, I respect him a lot. But tomorrow it’s not Belgium against Ronaldo, its Belgium against Portugal and they have a lot of good players.”

Belgium coach Roberto Martinez said there won’t be an anti-Ronaldo plan for the match.

“When you put a plan against a player specifically, you could be hurt by other players,” said Martinez, a Spaniard who will be coaching in his homeland for the first time in an official competition. “Of course, Cristiano Ronaldo seems to be the player that gets the right moment, that right pass and the right chance and you have to be always aware, but you have to defend the 10 players of Portugal in the same measure.”

Martinez said Portugal has several good players in its squad to support Ronaldo, from Bernardo Silva to Diogo Jota to Bruno Fernandes to Renato Sanches to João Moutinho.

“We all know that Portugal has a group of phenomenal individuals,” Martinez said Saturday. “They are a winning team, they’ve been able to work without the ball for long spells and be very comfortable and be a real threat on the counterattack. They have real experience, they are the European champions, they won the Nations League.”

Ronaldo is the tournament’s leading scorer with five goals after three matches. He is one goal from breaking the overall men’s scoring record in international soccer. The 36-year-old Juventus striker is level with former Iran striker Ali Daei at 109 goals.

“We all know he’s one of the best footballers in the world,” Martinez said. “Every player adapts when you get a little bit older, you become a little more clinical with what you do. I think Cristiano Ronaldo knows how to use the space, he penetrates from different areas, he’s got an incredible aerial threat.”

But Belgium also has its threats, from Kevin De Bruyne to Eden Hazard to Romelu Lukaku, who has three goals entering the knockout stages. De Bruyne and Hazard, along with Axel Witsel, are back after gradually returning to the team during the group matches. They had not been completely available during Belgium’s preparations because of injuries.

“We can’t give their team space. We can’t let them think without being disrupted by us,” Santos said Saturday. “They have been playing together for a long time.”

The Red Devils, ranked No. 1 in the world, have won 13 straight games, including its three group games at Euro 2020 and all 10 qualifiers for the tournament.

“We are full of confidence, full of momentum,” Martinez said. “We look forward to seeing how we can improve and how much we can enjoy this occasion, because at the end of the day, it’s when we enjoy our football that we play at our best, and we need to do that.”

Portugal had only one win in its three group matches, against Hungary in the opener. It then lost to Germany and drew with France to advance from the difficult Group F as one of the best third-place teams.

Portugal had only one win in 90 minutes during the entire tournament at Euro 2016, when it eventually broke through with its first major title by beating host France in the final.

Belgium is now the team trying to end its title drought and lift its first major trophy. It was runner-up at the European Championship in 1980, and finished third three years ago at the World Cup for its best finish at that tournament.

“This is a special generation, it’s been committed to international football,” Martinez said. “We’ve been working a lot in becoming better. We’ve got six players with very close to 100 caps, two players very close to 90 caps. This is an exceptional generation. We are just trying to adapt to what’s going to be needed on Sunday and be as good as we can.” 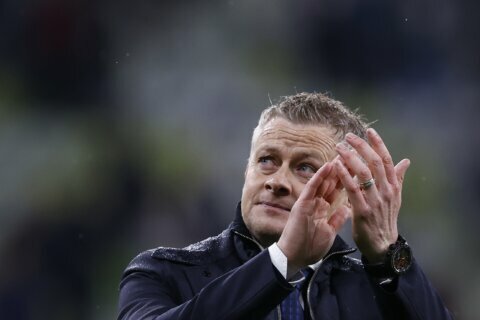 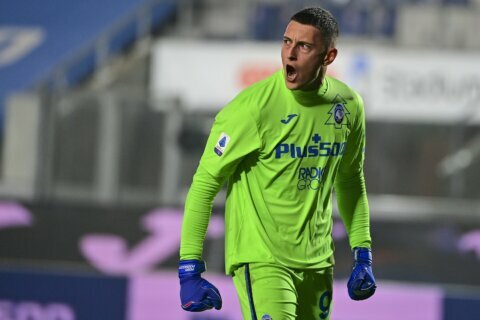