EVERETT, Wash. (AP) — Jewell Loyd made a buzzer-beating 3-pointer in overtime to give the Seattle Storm a 105-102 victory over the Dallas Wings on Friday night.

Seattle’s Stephanie Talbot inbounded from the sideline with 0.8 seconds left and Loyd scored on the catch-and-shoot. Loyd scored 25 points on 8-of-11 shooting, including 4 of 6 from 3-point range, and had seven assists for the Storm (7-1). Breanna Stewart added 23 points, nine rebounds and five assists. Talbot scored 21 points.

The Wings (2-5) erased 10-point deficits in the third and fourth quarters. Satou Sabally had a basket with 7.9 seconds left in regulation that was initially ruled a 3-pointer, giving Dallas a 97-96 lead, but was changed to a two-point basket after video review.

Neither team led by more than two points in the extra period until Loyd’s winner. Allisha Gray gave the Wings a 102-100 lead on a driving layup with two minutes left. Loyd tied it on a layup with 38.7 seconds left.

Courtney Williams’ 57-foot heave slammed off the backboard to end it.

Kayla McBride added 17 for the Lynx (2-4) in their second straight victory. 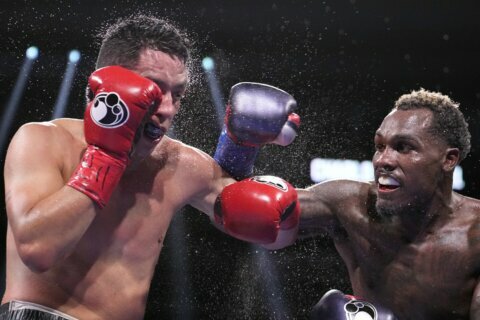