The French Open men’s final pits Novak Djokovic against Stefanos Tsitsipas. Djokovic will be trying to win 19th Grand Slam title in his 29th appearance in a major final. That would move the 34-year-old from Serbia within one of the men’s record of 20 Slam trophies shared by his rivals Roger Federer and Rafael Nadal. Djokovic beat Nadal in the semifinals. The 22-year-old Tsitsipas will be appearing in his first Grand Slam final. Djokovic is trying to collect his seventh trophy in the past 11 major tournaments. He also can become only the third man in tennis history with at least two titles from each of the four Grand Slam events. The age gap between Djokovic and Tsitsipas is the largest for a French Open men’s final since Mats Wilander, 17, defeated Guillermo Vilas, 29, in 1982. And in the women’s doubles final Sunday, newly crowned singles champion Barbora Krejcikova will try to become the first woman since Mary Pierce in 2000 to win both events at Roland Garros. Krejcikova and Katerina Siniakova face 2020 singles champion Iga Swiatek and Bethanie Mattek-Sands for the doubles championship.

“I don’t know. Who knows? I mean, I just want to be me. I just don’t want to change. I just want to still be me.” — Krejcikova, asked whether her life is going to change now that she is a major singles champion. 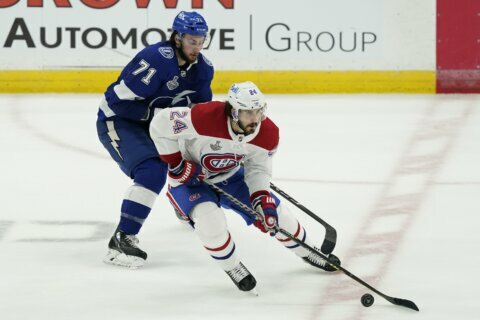 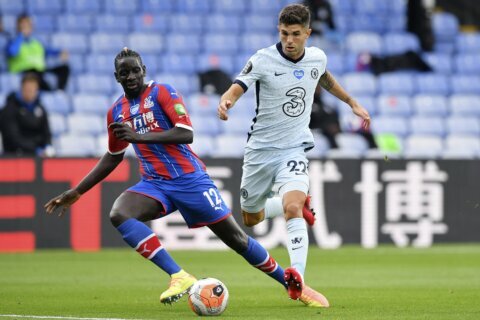