FORT WORTH, Texas (AP) — Christian Boulware hit a go-ahead three-run double to cap a five-run seventh inning by Dallas Baptist beat No. 1 seed TCU 8-6 on Saturday at the Fort Worth Regional.

Second-seeded Dallas Baptist (39-15) can clinch a berth into the Super Regional with a win Sunday.

Austin Bell walked, River Town reached on a fielder’s choice and Jackson Glenn singled through the left side before Jace Grady walked to load the bases with one out in the seventh. Bell scored when George Specht reached base on a fielding error and then Boulware’s double cleared the bases and gave the Patriots their first lead at 7-6.

Hunter Wolfe hit a three-run shot in the top of the fifth to give the Horned Frogs a 3-2 lead and Brayden Taylor hit a solo homer an inning later. Zach Humphreys drew a bases-loaded walk and Taylor singled up the middle to score Luke Boyers to make it 6-2 in the top of the seventh.

Ryan Wrobleski had an RBI single and Town hit a double to right field that drove in Blayne Jones to give Dallas Baptist a 2-0 lead in the second inning. 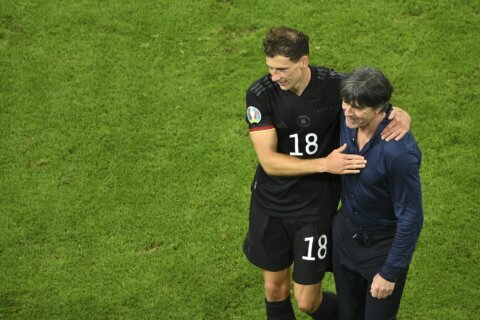