Anderson and Smith are part of the 12-person team for the Olympics this summer in Tokyo announced by coach John Speraw on Monday.

They were part of the team that lost in the quarterfinals in London in 2012 and won the bronze medal in Rio de Janeiro in 2016.

Six other players from that medal-winning team are back this season, with setters Micah Christenson and Kawika Shoji; middle blocker Max Holt; outside hitters Thomas Jaeschke and Taylor Sander; and libero Erik Shoji set to participate in a second Olympics.

There will be four Olympic newcomers on the team in opposite Kyle Ensing, outside hitters T.J. DeFalco and Garrett Muagututia, and middle blocker Mitch Stahl.

“We had some really difficult decisions to make,” Speraw said. “Team USA over the last four or five years has become deeper.”

Speraw is head coach for his second Olympics after serving as an assistant in 2008 and 2012.

The U.S. men are ranked No. 3 in the world and are currently competing at the FIVB Volleyball Nations League in Rimini, Italy. Since 2016, the men’s team has finished third at the FIVB World Championship and at the World Cup. 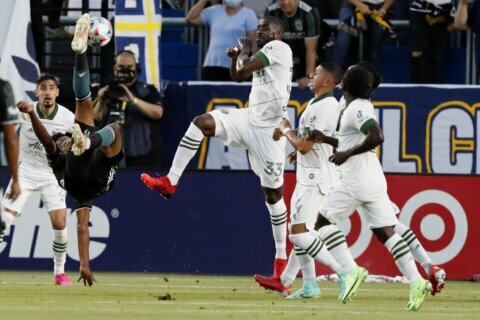