In the end, the Minnesota Wild were left with another early exit from the playoffs. Still, this truncated season, while…
Listen now to WTOP News WTOP.com | Alexa | Google Home | WTOP App | 103.5 FM

In the end, the Minnesota Wild were left with another early exit from the playoffs.

Still, this truncated season, while fully enveloped by COVID-19 protocols, looked a little bit like a new beginning.

Pivoting further away from the core and identity of the teams of the previous seven years, before the advent of the coronavirus and the arrival of Kirill Kaprizov, the Wild entered a new era with the dynamic Russian left wing at the forefront of their attack.

The Calder Trophy front-runner, who led all NHL rookies with 27 goals and 51 points, did not disappoint in his long-awaited debut. Kevin Fiala picked up where he left off before the pandemic pause in 2020 and gave the Wild another proven scorer. Joel Eriksson Ek played like a first-line center, ratcheting up his offense to match his tenacious defense. New goalie Cam Talbot was a decent match with the deep group of defensemen in front of him.

The Wild enjoyed a significant boost from the 56-game schedule that had them only playing opponents in the temporarily reshuffled West Division, with San Jose, Los Angeles and Anaheim producing three of the league’s seven worst records in 2021, but any pad the three California teams provided them in the standings was negated by the presence of Colorado and Vegas at the top.

Pitted in the first round against the Golden Knights, who had the most wins in the NHL, the Wild gave them all they could handle before falling 6-2 in the decisive seventh game of the series on Friday. Injuries caught up with them, with standout defenseman Jonas Brodin departing early and Eriksson Ek and defenseman Ryan Suter playing through pain.

“We all felt like we could beat these guys. Everyone else might think one thing, but the group of guys that we had we felt confident in ourselves,” Suter said. “We are pretty disappointed that it’s ended the way its has.”

Head coach Dean Evason’s first full season on the job was an unquestionable success, but he’ll need to help the Wild build on this showing and ultimately advance in the playoffs for general manager Bill Guerin to give him another contract. Evason’s current deal will expire after next season.

“We got ourselves to a Game 7. We just didn’t push through. We need to learn from this experience right now, and we will,” Evason said.

Guerin has plenty to work on with the roster this summer, starting with a lack of depth at center. He’ll have to figure out which players to leave unprotected in the July 21 expansion draft for Seattle. Then there’s the matter of managing the salary cap, with Kaprizov, Fiala and Eriksson Ek all needing new contracts as restricted free agents. Veteran forwards Nick Bonino, Nick Bjugstad and Marcus Johansson will all be unrestricted free agents along with defenseman Ian Cole.

After playing their first season without longtime captain Mikko Koivu, the Wild appear headed for a split with another lineup fixture in left wing Zach Parise.

Parise, who helped trigger an unprecedented run for the franchise on and off the ice when he and Suter signed identical 13-year, $98 million contracts on July 4, 2012, fell to the fourth line down the stretch of the season and was a healthy scratch for the first three games of the Vegas series.

After reminding the team of his value by tallying two goals and an assist over the last three games, Parise described his benching as “sideshow stuff” in his interview with reporters following Game 7.

“We’ll have to figure that out in the coming summer what’s going to happen, but I really don’t have an answer on that right now,” said Parise, who has four seasons left on his deal.

Under the previous alignment the NHL has planned to return to next season, the Wild would have finished in second place behind Colorado. They would have had home-ice advantage against Nashville, which was eliminated by Carolina in six games.

Seattle will enter the league for 2021-22, when Arizona moves over to become the eighth team in the Central Division with Chicago, Colorado, Dallas, Minnesota, Nashville, St. Louis and Winnipeg.

The Wild have made the postseason eight times in the last nine years, but they have not won a series since 2015. Los Angeles is the only other team in the Western Conference, which covers the Central and Pacific divisions under the regular alignment, that has gone longer without advancing. The last time the Kings won a series was actually the Stanley Cup finals in 2014. 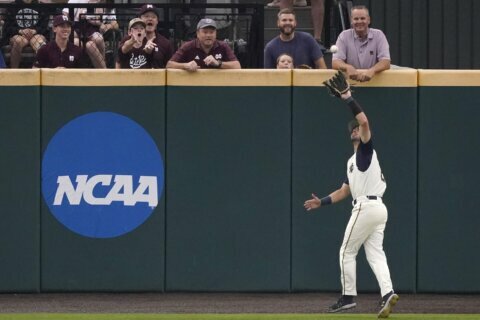 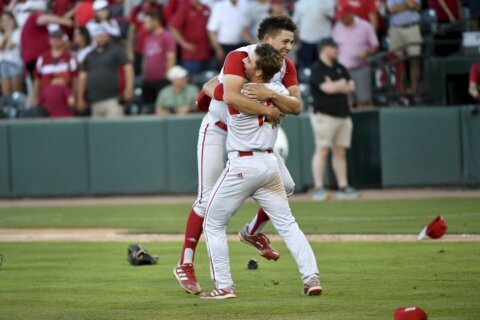