Tottenham jeered by returning fans in 2-1 loss to Villa

LONDON (AP) — Tottenham’s players were jeered by their own returning fans during and after a 2-1 loss to Aston…
Listen now to WTOP News WTOP.com | Alexa | Google Home | WTOP App | 103.5 FM

LONDON (AP) — Tottenham’s players were jeered by their own returning fans during and after a 2-1 loss to Aston Villa in the Premier League on Wednesday, which could prove to be Harry Kane’s final home match for the club.

Villa recovered from conceding an eighth-minute goal by Steven Bergwijn to score twice before halftime, with Tottenham left back Sergio Reguilon slicing in a comical own-goal and then twice failing to clear to allow Ollie Watkins to run through and finish.

Up to 10,000 Tottenham fans were allowed back into the stadium for the first time following the easing of pandemic restrictions by the British government, and they made their feelings known about the team’s performance — especially in the first half.

A win would have virtually secured a spot in one of the minor European competitions for Tottenham, which started the day in sixth place, but that will now be determined on the final day of the season when the team plays away to Leicester.

Kane didn’t have a clear-cut chance to add to his 22 league goals for the season, which was tied with Liverpool’s Mohamed Salah coming into the game. After the final whistle, he looked emotional as he walked around the field away from his teammates, applauding the pockets of fans still in the stadium.

Sky Sports, one of the Premier League’s major rights holders, reported this week that the England striker has asked to be sold after becoming unhappy with the lack of progress at the club.

Villa is set to finish in 11th place, a season after almost getting relegated, and looked a different proposition with captain Jack Grealish back in the starting lineup after a three-month injury layoff. He had played in Villa’s last two games, but only as a second-half substitute. 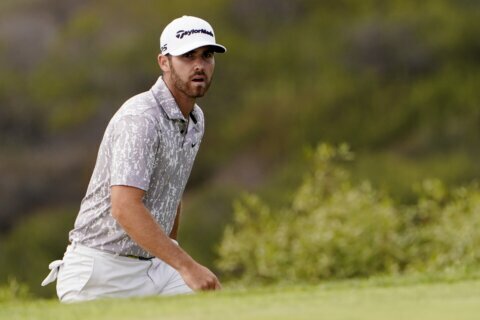 Matthew Wolff finding his groove again at US Open 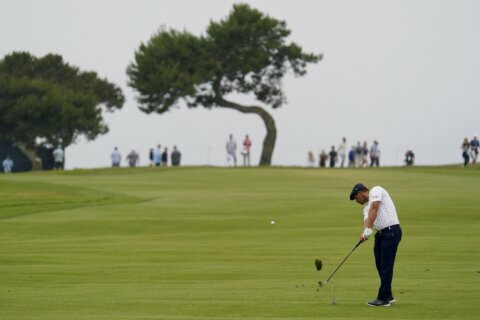 Only in his dreams: DeChambeau finds swing key at night