HOOVER, Ala. (AP) — The Southeastern Conference is loaded at the top, with No. 1 Arkansas followed closely by teams…
Listen now to WTOP News WTOP.com | Alexa | Google Home | WTOP App | 103.5 FM

HOOVER, Ala. (AP) — The Southeastern Conference is loaded at the top, with No. 1 Arkansas followed closely by teams like Vanderbilt, Tennessee and Mississippi State.

But the message from Bulldogs coach Chris Lemonis message is: Beware of those teams in the middle of the pack.

The SEC Tournament runs Tuesday through Sunday at the Hoover Met in suburban Birmingham, with the top seeds opening play on Day 2 after a round of single-elimination games.

“That middle group is really tough, because there’s some really good teams out there that we could run into,” said Lemonis, whose team is seeded No. 3. “There’s just so much depth in the league.”

The top four look especially impressive. They’re all among the top eight teams in the D1baseball.com rankings: No. 1 Arkansas, No. 3 Vandy, No. 4 Tennessee and No. 8 Mississippi State.

Then there’s No. 12 Mississippi and 13th-ranked Florida leading the rest of the pack.

The top-seeded Razorbacks (42-10) won every SEC series and tied a program record set in 1999 with 22 league wins, finishing the regular season with a series sweep of Florida.

“I think we’re really close to clicking on all cylinders through the end of the year, and hopefully that time comes,” Arkansas first baseman Brady Slavens said.

The second-seeded Volunteers (42-14) lost a series to Arkansas from May 14-16, but all three games were decided by one-run margins.

No. 4 seed Vanderbilt (39-13) can send to the mound two of Major League Baseball’s top prospects, right-handers Kumar Rocker and Jack Leiter. They’re projected as potentially going 1-2 in the July draft.

The Commodores, who won the most recent College World Series in 2019, are trying to rebound from a disappointing regular season finale with a shot at clinching the SEC East title. Kentucky’s Coltyn Kessler hit a two-out, three-run home run in the ninth to beat the Commodores 7-5 on Saturday.

Vandy coach Tim Corbin doesn’t want his team dwelling on that one.

“What I’d ask you is, do you remember who the Eastern Division champion was in 2014?” Corbin said. “Probably it would take you a while to think about it. But you know who the national champion is.

“There’s no medal for going halfway up the hill. It’s the team that finishes.”

No. 3 seed Mississippi State is coming off a sweep of Alabama and led by Tanner Allen, who was named SEC player of the year on Monday.

Allen is leading the league in batting with a .387 average.

The Bulldogs are among the SEC teams who would seem to have one of the top 16 national seeds all but locked up regardless of what happens in Alabama.

“We do have a lot secured and we have a lot to play for, but this game’s about competing,” Lemonis said. “And we get a chance to compete in the best conference in the country this week. We’re going there and hopefully we can do some damage.”

Led by Allen, the top teams were well represented on the SEC awards voted on by league coaches.

Vanderbilt’s Enrique Bradfield Jr., who has 42 stolen bases, is the SEC freshman of the year and Mississippi’s Tim Elko is the SEC scholar-athlete of the year. 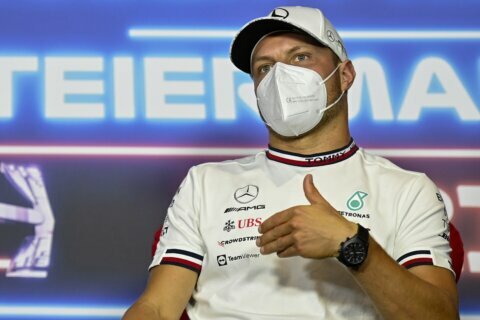 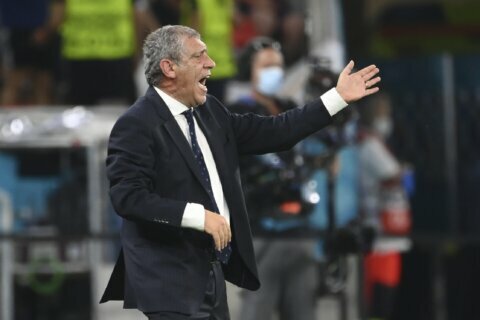 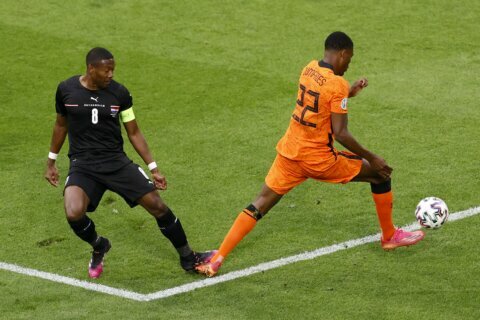