MADRID (AP) — Barcelona, Real Madrid and Juventus strongly criticized UEFA on Wednesday for opening disciplinary cases against them over their roles in trying to launch a European Super League, saying they won’t accept being pressured by the European soccer body.

The three clubs also defended their attempt to remake European soccer, saying the sport is headed for an “inevitable downfall” unless there are major reforms.

The three clubs are the remaining holdouts among 12 founders of the failed Super League and have refused to renounce the project. They released a statement on Tuesday, a day after UEFA said it had opened proceedings against them for “a potential violation of UEFA’s legal framework.”

Its statutes include a section on “prohibited groupings” of clubs or leagues forming without UEFA’s permission or outside its control. The proceedings could lead to the clubs being banned from the Champions League.

“Barcelona, Juventus and Real Madrid, all of them more than a century old, will not accept any form of coercion or intolerable pressure, while they remain strong in their willingness to debate, respectfully and through dialogue, the urgent solutions that football currently needs,” the clubs said.

“Instead of exploring ways of modernizing football through open dialogue, UEFA expects us to withdraw the ongoing court proceedings that question their monopoly over European football,” they said. “Either we reform football or we will have to watch its inevitable downfall.”

The three clubs expressed their “absolute rejection of the insistent coercion that UEFA has been maintaining towards three of the most relevant institutions in the history of football.”

“This alarming attitude constitutes a flagrant breach of the decision of the courts of justice, which have already made a clear statement warning UEFA to refrain from taking any action that could penalize the founding clubs of the Super League while the legal proceedings are ongoing,” the three clubs said.

A court in Madrid last month issued a preliminary ruling stopping UEFA, FIFA and its members from acting against the creation of the new league, which folded anyway because of widespread criticism from fans, domestic leagues and other clubs. A judge has asked the European Court of Justice in Luxembourg to consider if restrictions on the rebel clubs are breaking European Union laws.

The holdout clubs said the opening of disciplinary proceedings by UEFA is “incomprehensible and is a direct attack against the rule of law that we, the citizens of the European Union, have democratically built up, while constituting a lack of respect toward the authority of the courts of justice themselves.”

UEFA gave no timetable for the expected disciplinary cases against the clubs, which have all qualified for the Champions League next season.

Any bans for the clubs would likely lead to appeals at the Court of Arbitration for Sport and pressure to resolve the cases before next season’s European competitions. The Champions League group-stage draw is on Aug. 26 and matches start on Sept. 14.

The Super League project was publicly launched late at night on April 18 then imploded within 48 hours amid the backlash and threats of legislation by the British government.

The holdout clubs said the Super League was “promoted with the aim of improving the situation of European football, through permanent dialogue with UEFA and with the objective to increase the interest in the sport and to offer fans the best possible show.”

They said “this objective has to be achieved in a framework of sustainability and solidarity, especially in a precarious economic situation such as the one many clubs in Europe are currently experiencing.” 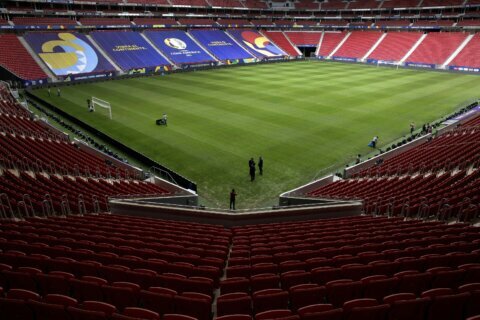 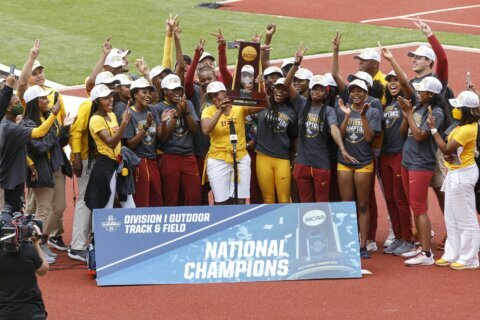