The Pittsburgh Penguins goalie said Friday he’s going to treat the offseason like every other, meaning he will take a few days off and then get back into training hoping to be “the best version of myself” next year.

Jarry’s iffy play played a major factor in Pittsburgh’s first-round loss to the New York Islanders. He allowed 21 goals in the six-game series. His .888 save percentage was well off the .908 he posted during the regular season and his goals against average ballooned from 2.75 to 3.18.

While Jarry’s teammates and head coach Mike Sullivan have done what they can to shield blame from the 26-year-old’s shoulders, Jarry is well aware his team might still be playing if he’d stopped an extra shot or two.

“I think that’s always a tough thing,” Jarry said. “You always want to have a chance to win the Stanley Cup and every year you want to be able to fight for it. I think just me being able to play better and do better in the games will help.”

Jarry allowed at least four goals in four of the six games and was badly outplayed by New York rookie Ilya Sorokin, who was in net for all four Islander victories. The nadir for Jarry came in Game 5, when an ill-advised outlet pass went right to the stick of Islander forward Josh Bailey, who raced in for the double-overtime game-winner. Game 6 wasn’t much better, as the Islanders scored three times in a 2:59-span of the second period to turn a one-goal deficit into a two-goal lead.

Sullivan opted to stick with Jarry despite the struggles, perhaps because he had no choice. Backup Casey DeSmith was unavailable during the series due to an undisclosed health issue. It left journeyman Maxime Lagace as the only other viable option.

Asked if he believes the team will bring in a more experienced goaltender during the offseason, Jarry shrugged.

“That’s (the club’s) decision,” Jarry said. “There’s nothing I can do about it. It’s up to them. It’s up to management.”

Jarry just finished the first year of a three-year contract that pays him $3.5 million annually. An All-Star in 2019-20, Jarry overcame a shaky start to the regular season to help the Penguins surged to the East Division title. He went 13-1-4 down the stretch with a .910 save percentage and a 2.59 goals against.

It was a heavy workload, one Jarry thrived under until the playoffs began. He’s going to attempt to take the good with the bad.

“A bit of an up and down year for me playing the games I did,” he said. “I guess I had a bit of a rut at the beginning of the year and I was able to pick up and play a lot of good hockey. In the playoffs, you obviously wish it would have went better. I think there’s some things I would do different … I think next year there’s a lot of room for improvement for me.” 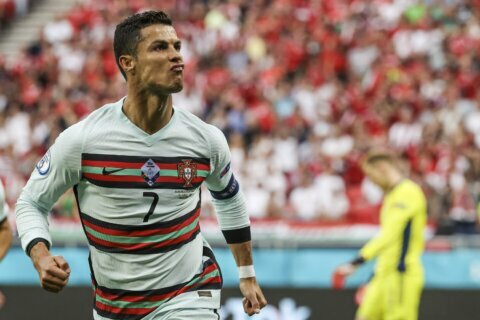