INDIANAPOLIS (AP) — The milk is on ice, celebrities are in the house and Indianapolis Motor Speedway is buzzing again both with the roar of engines and the largest crowd at a sporting event since the start of the pandemic.

The Indianapolis 500 will welcome a sold-out 135,000 spectators on Sunday — nine months after the race ran without fans for the first time in its 105-year history — and drop the green flag on a packed house and a party not seen since early 2020.

“We’re just excited to be opening up America,” said Roger Penske, who bought Indianapolis in January 2020, roughly two months before the pandemic shut down the country.

The speedway has 240,000 permanent grandstand seats and space in the infield and suites to accommodate nearly 400,000 on race day. But Penske couldn’t open the gates until October, when only 10,000 a day were permitted into the landmark facility over a three-day weekend for an IndyCar race.

Americans are eager to return to some sort of normalcy. They want their traditions and their sports back, none more so than “The Greatest Spectacle in Racing,” which withstood world wars, the Great Depression and the now the pandemic.

Through vaccinations, more than 90,000 done at the speedway, Penske got the clearance to at last permit 40% attendance.

“The good news is, it’s started to roll here and I think with opening America we can be the premiere event,” he said. “It’s an honor for us to even be in a position to execute something like that. We’re going to continue to fine tune it. I would do the same transaction again. I just see the benefits on a longer term basis. I really want to run as big as my anticipation and not my exception.”

And so it is with expectation and not anticipation that six-time IndyCar champion Scott Dixon starts from the pole Sunday for the fourth time at the Indy 500. Dixon is considered the best driver of his generation and trails Mario Andretti by only one victory for second on IndyCar’s all-time wins list. He has just one Indy 500 victory, in 2008, and three runner-up finishes.

“It’s the biggest race in the world and the most difficult race in the world. I feel very lucky and privileged to have won it once but that also drives you into a deeper will to want to win it again,” Dixon said. “Would I trade some championships for 500 wins? Maybe. I don’t know. I feel like there’s a lot of emphasis on IndyCar championships but the Indy 500 is the Indy 500.”

Dixon and the four Chip Ganassi Racing entries are the most consistent at Indianapolis leading into the 500. The group includes Tony Kanaan, who at 46 is the oldest driver in the field, and Alex Palou, who wrecked in Saturday qualifying but rebounded Sunday to qualify sixth alongside Kanaan.

This season has seen a changing of the guard with five different winners through the first five races of the season, four of them 24 years or younger. Three are first time winners and Dixon is the only veteran so far to represent in the win column.

He starts on the front row alongside Colton Herta, a 21-year-old four-race winner who earlier this month earned a two-year contract extension from Andretti Autosport, and Rinus Veekay, at 20 the youngest front-row starter in race history.

VeeKay earned his first career win earlier this month on Indy’s road course and the Borat-loving Dutchman said the victory has allowed him to show more of his playful personality. He’s pursued a professional race car career for more than half his life and shortened his last name from van Kalmthout to VK help ease his transition for United States sponsorship negotiations before finally settling on the current form of VeeKay.

A butterfly landed on his shoulder in the last two weeks, some of his Ed Carpenter Racing crew members spotted red Cardinals for luck, and VeeKay now believes he’s got as good a shot as any other youngster in the field to pull off an Indy 500 upset.

“We grew up in the computer era, the digital era,” VeeKay said. “That helps the simulators are very normal to us, help us feel comfortable in the simulator. That maybe translates to better results.”

The impressive youth group includes Pato O’Ward, the 22-year-old Mexican who has shot to popularity with Arrow McLaren SP and is teammates in the 500 with two-time race winner Juan Pablo Montoya. McLaren brought Montoya back to the race for the first time since 2017 and isn’t overly concerned with this crop of young kids.

“At the end of the day you look at how many young guys have won the 500 the last few years?” Montoya said. “Do they have a shot? For sure, no question. I think Pato and Herta and all those kids, they’ve got a lot of talent and everything. You’ve got to make it to 200 laps, you know? So we’ll see.”

Nobody knows what’s up with the Team Penske cars after a questionable qualifying effort. Will Power won in 2018 and Simon Pagenuad won in 2019, but Power barely qualified for the race.

“Our cars are good every Sunday,” said an unconcerned Penske, winner of a record 18 Indy 500s.

Marco Andretti, last year’s pole-sitter, is back for the only race on his IndyCar calendar and hated his car the entire week. A change made right after qualifying last Sunday settled him down and now he thinks he might have a shot to win from 25th.

Andretti is one of six Andretti Autosport entries but Herta has become the star. Alexander Rossi, winner of the 100th running back in 2016 as a 24-year-old rookie, is closing in on a two years without an IndyCar Series win. He was second in the 500 in 2019, fourth in 2018 and still trying to recapture the joy of that surprise victory.

“Every year that goes by and you watch someone else win, it’s like a knife in your heart because you know how special Indy is because you got to taste it,” Rossi said. “It’s like having the best dessert in the world and then you don’t get to have it anymore.”

The race includes nine former winners, including two-time and reigning race winner Takuma Sato of Rahal Letterman Lanigan. But so many young new drivers plan to contend Sunday and Dixon cautions against getting too confident at one of the most daunting tracks in the world.

There’s a difference, Dixon noted, between champions and race winners and Josef Newgarden said it took him several seasons to figure that out. Newgarden is now a two-time IndyCar champion but still seeking his first Indy 500 victory.

“There are guys who are fast and have elements of the whole package, but they don’t have everything,” Newgarden said. “There’s a difference between someone who is really good and flashy and entertaining and wins races and never wins a championship.

“When you look at the 500 and what it requires, versus what the championship requires, they are different. There’s an argument of which would you prefer. And that’s a very different question.” 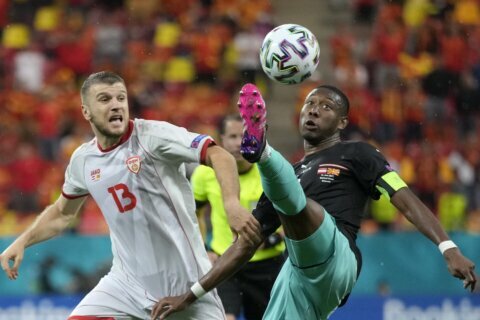