Atlético Madrid could move closer to its first Spanish league title since 2014 with a home win against Real Sociedad. A victory would give Atlético a four-point lead over second-place Barcelona, which was held 3-3 by Levante on Tuesday to squander yet another chance to reach the top. Defending champion Real Madrid is two points behind Atlético and is playing Granada on Thursday. Real Sociedad sits in fifth place and is trying to secure a Europa League spot for next season.

Chelsea could reclaim third place and move a long way to securing one of the Champions League qualification spots by beating Arsenal in the Premier League. A win would move Chelsea nine points clear of fifth-place West Ham, which has three games to play, and 10 points clear of sixth-place Liverpool, which has four games left. Arsenal is in ninth place and cannot finish in the top four. Indeed, the team is unlikely to qualify for any European competition for next season, which hasn’t happened to Arsenal for 25 years. Chelsea may choose to rotate its lineup ahead of Saturday’s FA Cup final against Leicester.

AC Milan and Atalanta each face teams struggling at the other end of the standings. Milan will be without injured forward Zlatan Ibrahimović for its visit to Torino. Atalanta hosts 18th-placed Benevento. Both teams are level on points, one below second-placed Napoli, which beat Udinese 5-1 on Tuesday. Juventus is three points behind Milan and Atalanta, in fifth, and hosts Sassuolo. Lazio is six points behind but has a game in hand and welcomes already-relegated Parma. Relegation-threatened sides Spezia and Cagliari play Sampdoria and Fiorentina respectively. Newly-crowned champion Inter Milan hosts Roma and Genoa visits Bologna.

Out of the Champions League and looking likely to finish behind Lille in the Ligue 1 title race, Paris Saint-Germain will be aiming to salvage something from the wreckage of a miserable end to the season by reaching the Coupe de France final. PSG, the defending champion, takes on Montpellier in the first of the semifinals. The winner will play either Monaco or fourth-tier Rumilly-Vallières in the final.

Hertha Berlin can take another step toward safety in the Bundesliga with a win at already-relegated Schalke in a game which follows coronavirus cases at both clubs. An outbreak at Hertha meant the game was rescheduled from its original date last month. Two players at Schalke tested positive in tests taken Monday, but the club says the game will go ahead after consultations with the authorities. Hertha is 14th in the 18-team league and can overtake Schalke with a win. The Berlin club is unbeaten in six games, its best run this season, although four of those were draws. 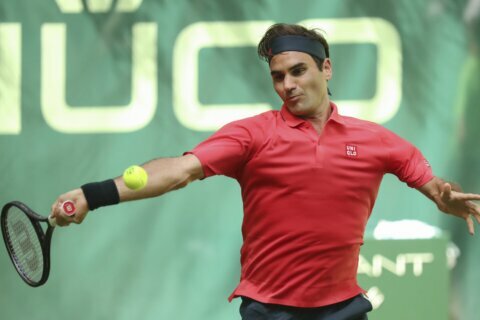 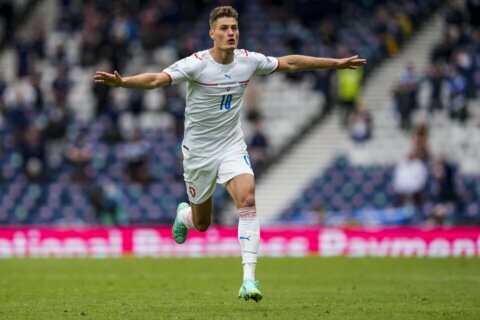