GDANSK, Poland (AP) — Manchester United fans were attacked outside a bar in Gdansk on the eve of the Europa League final, the club said Wednesday.

“Club staff were assisting a number of United fans in Gdansk last night and today, after an incident where some of our supporters were attacked outside a bar in the city,” United said.

There were no immediate reports of any serious injuries.

Up to 30 attackers may have been involved, Gdansk police spokesman Michal Sienkiewicz told Polish broadcaster TVN24 on Wednesday. They left before police arrived, he said.

“The whole thing took seconds rather than minutes and then the attackers dispersed,” Sienkiewicz said. “We will most probably be publishing the images of persons that were involved in the occurrence. Arrests are just a matter of time.”

Gdansk Mayor Aleksandra Dulkiewicz said on Twitter there was “no room in our city for any form of violence! Dear fans and guests, you are always most welcome in our city.”

United and Villarreal each have been allocated 2,000 tickets. There is a maximum crowd of 9,500 allowed for the final, or just under 25% of the capacity of the stadium.

The Latest: Busquets not playing after return from COVID-19 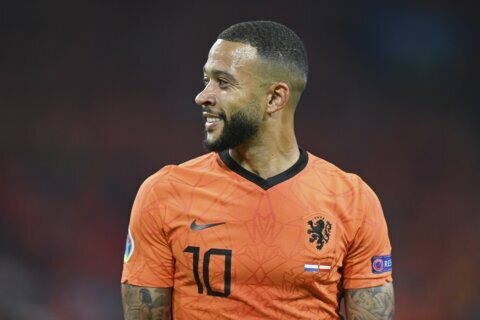