Hughes returns to sideline as Storm begin defense of title

SEATTLE (AP) — Dan Hughes tried to stay as involved as possible while the Seattle Storm played inside the WNBA bubble on their way to a championship a season ago.

That meant the head coach would watch games from home then hop onto Zoom calls with his players, who were isolated together thousands of miles away in Florida without him. It was a way for Hughes to stay connected, but it clearly wasn’t the same.

“He would try to come in via Zoom and share his thoughts with us, but obviously as we all know in this new Zoom life, in person is different. It just hits different,” Seattle’s Sue Bird said.

When the Storm begin defense of their championship Saturday against Las Vegas, Hughes will be back on the sideline in his familiar role.

Due to the COVID-19 pandemic, Hughes couldn’t be with the Storm last year inside the WNBA bubble. He missed part of the 2019 season after undergoing surgery and treatment for a cancerous tumor in his digestive tract. Just a year removed from that, Hughes was not permitted to be in Florida during the truncated 2020 season.

During both seasons, Hughes handed control of his team over to veteran assistant Gary Kloppenburg. As his career has progressed, Hughes has tried to be more of a delegator and less controlling. He’s wanted to empower those around him — players and assistants — to take more ownership of what is happening, whether during a game or in practice.

Admittedly, it’s been a stark change for Hughes to relinquish control versus the way he operated earlier in his WNBA coaching career, whether it was in Charlotte, Cleveland or San Antonio.

“I’m a much different coach at this stage of my career than I was then. I delegate a lot more. I understand how to be effective in empowering players more. I understand how to be effective in empowering assistant coaches more. I coach coaches more. I mean, I’ve changed a lot,” Hughes said. “If you had seen me years ago that’s not what you would have seen, necessarily. And I’m glad for that because I think the reach of what was possible, because I have wonderful people around me, whether it’s on the court or in the staffs, I think our reach has been different.”

Even as his approach has changed, Hughes is still a leader at heart and that’s what made last season so difficult.

Bird noted one thing she appreciates about Hughes is his ability to provide perspective with a calm, deliberate demeanor, whatever the outcome of the game. Last year with the the entire season played over just 2½ months, there were only limited chances for Hughes to connect virtually and provide that.

“Sometimes when you’re in the moment, things can feel way worse or they can feel way better, and Dan just has a nice way of analyzing things and then presenting them to us the next day that I think allows us to re-center,” Bird said. “What was happening in the ‘Wubble’ season was game after game, it was happening so fast. … To have him back now on the sideline, I think it’ll be nice. It’ll be that calming presence.”

In many ways, the Storm will begin their quest for a repeat title as a complete team for the first time since 2018. While Hughes was away last season, the Storm played without Bird and MVP Breanna Stewart during the 2019 season while each was recovering from surgery.

For Bird, repeating as champs is the one thing missing from her career resume, and the fact Seattle underwent an offseason makeover may help boost the chances of a title defense.

“When you’re the team that’s trying to repeat, you can fall into the trap of, ‘But this worked last year,’ or, ‘We did this last year, and it worked,’” Bird said. “I think it’s going to be really important for us, and this is where having a new roster can help, there’s going to be none of that.” 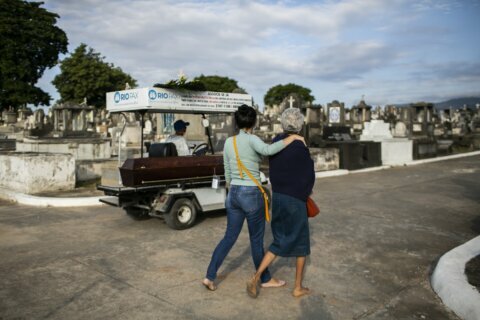