Germany pulls out of track cycling championships in Belarus

BERLIN (AP) — Germany’s national track cycling team will not compete at next month’s Elite Track European Championships in Belarus in response to what the West has called a state-sponsored hijacking involving an opposition journalist.

Raman Pratasevich was arrested after being pulled off a flight that was diverted to Minsk on Sunday – an incident that drew swift condemnation from EU leaders.

The German Cycling Association said Tuesday it had contacted the European Cycling Union (UEC) “and made it clear that the German national track cycling team’s participation in the European Championships is not possible after the events of the weekend, and (that it) pushed for an alternative solution.”

The UEC said it was “carefully monitoring the situation” and will decide on a course of action regarding the championships, scheduled June 23-27 in Minsk, at its management board meeting on Thursday.

“No other comments will be published before this date,” the UEC, based in Lausanne, Switzerland, said on its website.

“With 27 EU member states telling EU airlines not to fly over Belarus, and promising further economic sanctions there can surely be no way the (UEC) can continue to deliver the Track Euros in Minsk next month,” he said on Twitter.

Pratasevich, a 26-year-old journalist and activist, was arrested after Belarusian flight controllers ordered the Ryanair jetliner he was aboard to land. A Belarusian fighter jet escorted the plane to Minsk, shortly before it was to land in Vilnius, Lithuania, from Athens, Greece.

In January, the International Ice Hockey Federation pulled its world championships from Belarus following pressure from opposition groups and a threatened boycott by sponsors. Belarus was scheduled to co-host. Criticism had grown after authoritarian president Alexander Lukashenko’s disputed re-election was followed by mass arrests at largely peaceful demonstrations. 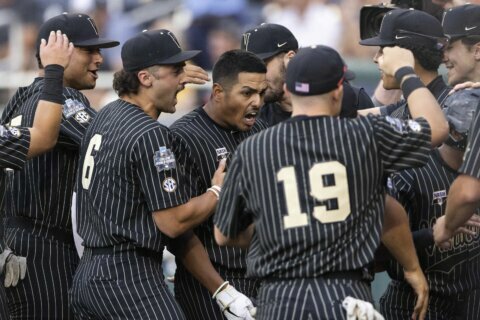