MADRID (AP) — Cristiano Ronaldo has a chance to become the all-time top scorer with a national team. Kylian Mbappé will attempt to lead France to a second consecutive major title. Robert Lewandowski hopes to keep thriving after winning the player of the year award.

Ronaldo, Mbappé and Lewandowski will be among some of the players to watch at this year’s European Championship, along with the likes of Kevin De Bruyne, Harry Kane, Bruno Fernandes, Eden Hazard and Antoine Griezmann.

At 36, Ronaldo is getting closer to bidding farewell to Portugal’s national team. Before ending his run, though, he will try to add yet another record to his name.

Ronaldo is six goals away from tying the all-time scoring record for a men’s national team. The record of 109 goals is held by former Iran striker Ali Daei, the only other male soccer player to surpass the 100-goal milestone.

Ronaldo will have a chance to add to his tally before Euro 2020 in warm-up matches against Spain and Israel. The defending European champions will start their title defense against Hungary before playing Germany and France in a tough Group F.

The Juventus forward has scored for Portugal in every calendar year since his first international goal in 2004.

Another Portugal player to watch at Euro 2020 will be Fernandes, the talented playmaker who has thrived since joining Manchester United last year.

As a teenager, Mbappé was one of the sensations of the 2018 World Cup while helping France win the title. Three years later, he could take up a more prominent leading role while trying to help “Les Blues” succeed at Euro 2020.

Mbappé shared the team’s leading role in Russia along with Griezmann, but he could take center stage this time having a few more years of experience with Paris Saint-Germain and with Griezmann coming off a lackluster season with Barcelona.

Mbappé had a strong finish to his season, scoring nine goals in the last eight PSG games. He finished with 11 more goals than last season.

Robert Lewandowski’s goals and outstanding performances with Bayern Munich last season helped him take the player of the year award. Now he will try to repeat his success with Poland on the international stage.

Lewandowski’s season has been just as impressive as it was in 2019-20, and he is on an incredible scoring run of 22 goals in his last 14 matches for club and country. He scored at least a goal in every match during that streak.

No one scored more goals than Kane in qualifying for Euro 2020. The England captain had 12 goals in qualifying matches, along with five assists. He had one goal more than both Ronaldo and Israel forward Eran Zahavi.

Kane has scored 34 goals since his England debut in 2015 and is on course to break Wayne Rooney’s national team record of 53 goals.

De Bruyne was crucial again in helping Manchester City win another Premier League title, and Belgium will also need him to be at his best to contend for the European title.

De Bruyne succeeded in carrying the playmaking role with Man City, setting up 11 goals to see him reach double figures for assists for the fourth time in six seasons.

He may potentially get some help from Hazard, who was doubtful to play had the tournament happened last year. The Real Madrid forward continued to be marred by injuries but was healthy toward the end of this season and could be a surprise at the postponed Euro 2020. 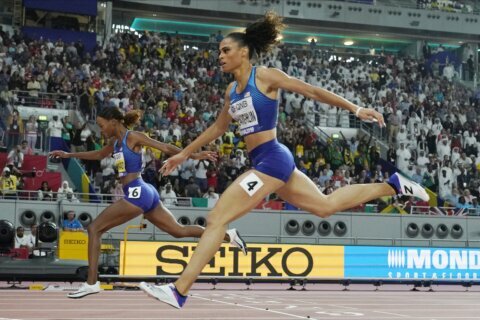