Clemson and volleyball coach cut ties with team in flux

Clemson cut ties with women’s volleyball coach Michaela Franklin on Thursday, the team undercut by a steady stream of departures and transfers.

Clemson said the school and coach had “mutually agreed” to part ways. Athletic director Dan Radakovich told the players the move came “after looking at all areas of the program.”

Franklin went 51-68 over four seasons with the Tigers. At least 27 players left before their eligibility was up, including eight who chose to opt out of the program when the 2020-21 season resumed this year after a break because of the COVID-19 pandemic.

Franklin came to Clemson after stops as an assistant at Iowa, Marquette and Northern Illinois. She was head coach at Green Bay for one season. Her mission was to restore order to a program that had already been upended by the firing of the previous coach whose own two-year stint was marred by a deep divide among the players over their feelings about the coach.

In the message he sent to players, which was obtained by The Associated Press, Radakovich offered them resources for “additional mental health support.”

“Clemson is a proud program,” Radakovich wrote, “and we are committed to putting it on a path for long-term success.” 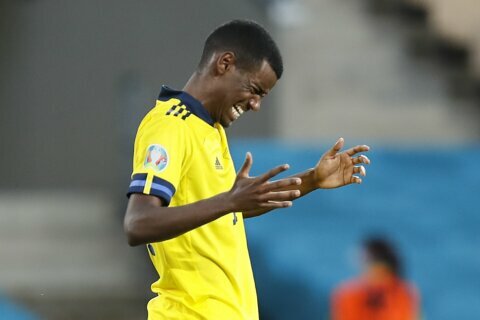