CARSON, Calif. (AP) — Not only has Javier “Chicharito” Hernández regained his scoring touch, he has also become a bit of a soothsayer.

The LA Galaxy superstar told Jonathan dos Santos before Saturday’s rivalry game against Los Angeles FC that he was going to assist on a goal by dos Santos. That prediction came true in the 79th minute as dos Santos got the winning goal to lead the Galaxy to a 2-1 victory.

“It’s a goal that I needed personally. The most important thing, though, is that we won against a tough opponent,” dos Santos said in Spanish. “This game I’m going to remember it for the rest of my life. … I feel like we deserved this victory.”

After a giveaway by LAFC deep in their own end, Hernández won possession in the left side of the box and fended off two defenders. He then found dos Santos on a crossing pass as the midfielder was able to put it past Pablo Sisniega and into the near post for his first goal since a 2019 playoff game against Minnesota.

In his first game as part of El Tráfico, Chicharito added his name to the list of big-time players who have produced in the short history of the rivalry. The Mexican star had a goal and an assist for the Galaxy, who won for the fifth time in 11 meetings with LAFC with three ties.

“He is one of the best players in MLS. He is a World Cup-type of player, but he has been unlucky with injuries,” Hernández said of dos Santos. “Today was incredible. I told him I was feeling something was going to happen and it was the winning goal. It was kind of amazing.”

Chicharito scored his MLS-leading sixth goal of the season in the 11th minute with a shot into the far post. The score was set up after a great tackle by Derrick Williams, which started the counterattack.

“It was a heck of a tackle,” Galaxy coach Greg Vanney said. “It was one of the few times where we were close to contest. It turned into a second-chance opportunity that turned into a goal.”

The Galaxy improved to 3-1 and are tied with San Jose atop the Western Conference with nine points.

Diego Rossi evened it at 1 for LAFC in the 62nd minute with his first goal. Rossi got a pass from Corey Baird deep in the box and put it into the center of the goal. Rossi has six goals and five assists against the Galaxy.

“I thought we kept pushing the game in a very good way in the first half. We were able to tie it in the second half and then we let ourselves down,” LAFC coach Bob Bradley said. “When we went down 2-1, our response wasn’t collective or strong enough.”

Many were expecting it to be the first meeting since 2013 between close friends Chicharito and LAFC’s Carlos Vela, but Vela was out for a third straight game with a quadriceps injury.

Vela returned to practice this week, but Bradley did not a timeline on when the 2019 MLS Most Valuable Player would be able to return.

“We’ve played a lot of games without him the past 18 months and played well. We also know we are a good team when we are fully healthy. We have to find a way to work him back fully into it,” Bradley said.

LAFC: Travel to Seattle on May 16. 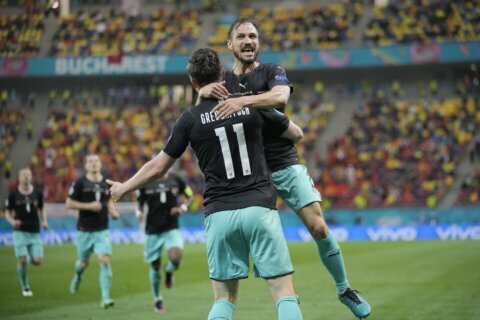 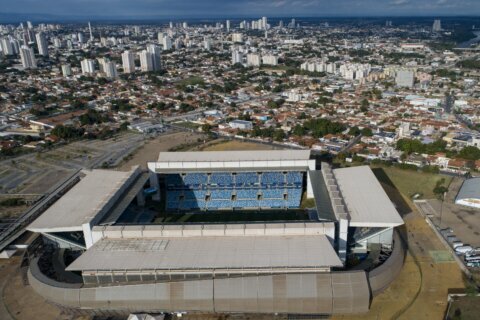