TULSA, Okla. (AP) — Three weeks after beating Steve Stricker in a playoff in the Regions Tradition for his first major title, Alex Cejka got off to a solid start in his pursuit of a second.

Cejka led the morning wave with a 3-under 67 in the Senior PGA Championship at Southern Hills Country Club. Stricker also was 3 under, but had only played seven holes when a line of storms forced the afternoon wave off the course at 3:48 p.m. Play was suspended for the day at 6 p.m.

After a bogey on the first hole, Cejka birdied Nos. 3, 4 and 5, despite difficult pin positions on the sloped Southern Hills greens on each. He added three more birdies on the back nine.

A childhood refugee from communist Czechoslovakia who grew up in Germany, the 50-year-old Cejka was long and accurate off the tee, giving him the confidence to go at the flag even on pin positions that normally would call for a safer shot.

“I hit great tee shots which set me up with short clubs to the green on 3 and 4, and then hit it in a greenside bunker on 5 and made a great up-and-down from there,” Cejka said. “So that helped hitting big drives where you suddenly have a short iron in. Especially into those pins that were tucked behind those bunkers and they were pretty tricky. I didn’t expect it the first day to have it set up like this, but it’s tough.”

Cejka won the PGA Tour’s 2015 Puerto Rico Open and also had victories on the European and Korn Ferry tours.

“I’m feeling great,” Cejka said. “I played great shots, I hit a lot of fairways, a lot of greens, gave me a lot of good chances and I’m very pleased where I’m standing right now after day one so far I feel good the last couple of weeks in general with the whole game. Putting’s been great. Obviously, to win tournaments you have to have the whole package. You got to drive well, chip well, putt well, you got to get lucky, and that’s part of the game too. So far I’ve been hitting well, chipping well, putting well, hopefully I keep going like this.”

Weir, who also is experiencing a resurgence in his game, pulled a back muscle Tuesday and could not bend over, let alone swing a club. After hours in the fitness trailer, he was able to play and reached 4 under on the back nine before hitting into a greenside bunker on 15 and a fairway bunker on 16, leading to bogeys on both.

“I putted well today,” said Weir, who made six birdies, including a 20-footer on the first hole and one he estimated at 40 feet on the par-5 13th. I rolled the ball really well. That was the big thing. My driving was a little off, but the putting was good and even the ones that didn’t go in felt good.”

Micheel, whose lone victory came in the 2003 PGA Championship, said the rolling greens on the restored Southern Hills course can be so treacherous that at times he missed the greens intentionally with his approach shots, knowing he could get up and down from safer areas.

“There were quite a few front pins,” Micheel said. “The greens here are phenomenal, but the front pins are tricky because the greens are pretty firm. I intentionally missed a couple of greens just because of that. Sometimes you just have to do that. I call it just kind of take your medicine a little bit and just leaving yourself the next opportunity.” 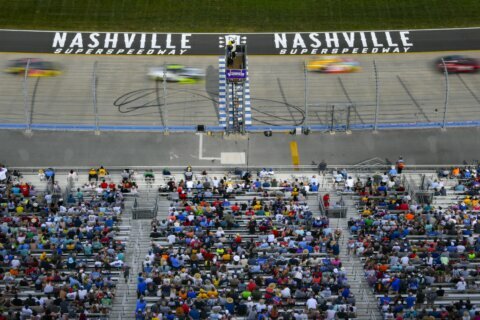