TURIN, Italy (AP) — World Cup winning goalkeeper Gianluigi Buffon will leave Juventus at the end of the season — this time for good.

Buffon, who spent most of his storied career with Juventus, surprisingly returned to the Serie A club in 2019 after one year with Paris Saint-Germain.

The 43-year-old Buffon announced Tuesday that when his contract expires in June it will definitively be the end of his time with the Bianconeri.

“My future is clear and defined. This very beautiful and very long experience with Juve will come end in a definitive manner this year,” Buffon said in an interview with beIN Sport. “Either I stop playing, or if I find a situation that gives me motivation to play or even motivation to have a different life experience, I will take it into consideration.

“I feel I gave everything for Juve. I have received everything, and more than this cannot be done. We have reached the end of a cycle and it’s right for one to remove the disturbance.”

Buffon was expected to announce his retirement in 2017 but surprised everyone by joining PSG. It was even more of a shock move when he returned the following year.

Buffon has made seven Serie A appearances this season — keeping three clean sheets — and also helped the Bianconeri to the Italian Cup final, which could be his last appearance for Juventus. The final is against Atalanta on May 19.

Buffon joined Juventus from Parma in 2001 and established himself as one of the best goalkeepers in the world.

He won 10 Serie A titles with the Bianconeri, including four successive league and cup doubles.

Buffon also made a record 176 international appearances for Italy, helping the Azzurri win the 2006 World Cup. 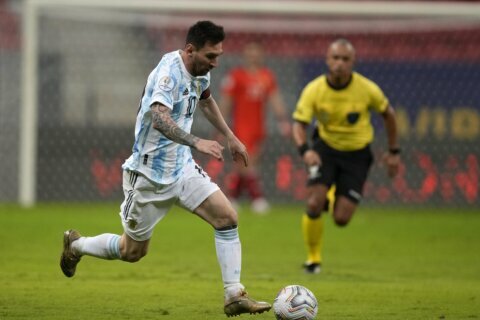