HOOVER, Ala. (AP) — Cullen Smith hit his eighth home run of the season and top-seeded Arkansas beat fifth-seeded Mississippi 3-2 in the SEC Tournament semifinals on Saturday.

The Razorbacks (45-10) seek their first SEC Tournament championship and will face No. 2 seed Tennessee on Sunday. Arkansas won two of the three regular season games it played May 14-16 against the Vols, with all three games decided by a run.

Smith’s homer gave the Razorbacks a 2-0 lead in the first inning. Ole Miss tied it on Jacob Gonzalez’s two-run double with one out in the fifth. Heston Tole (1-0) then came on for Arkansas after an intentional walk loaded the bases, and he got the Razorbacks out of the jam with a strikeout and groundout to end the inning.

Arkansas retook the lead in the top of the sixth on Jalen Battles’ double down the left field line, Tole pitched a scoreless inning to pick up the win, and Connor Noland added three hitless innings, striking out four, to close out his first save of the season. 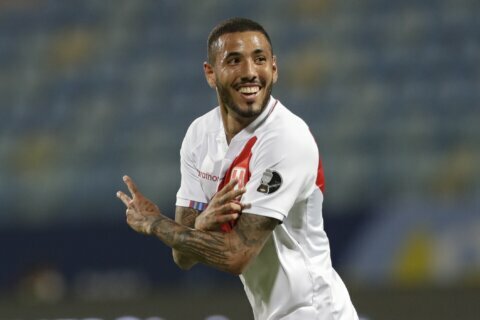