MADRID (AP) — Sevilla defeated Celta Vigo 4-3 in a back-and-forth match in the Spanish league on Monday, strengthening its hold on fourth place and moving within range of leader Atlético Madrid.

The away victory gave Sevilla a 14-point gap over both fifth-place Real Sociedad and sixth-place Real Betis, practically securing the team the final qualification spot for the Champions League with eight rounds remaining.

The win also put Sevilla six points points from Atlético, which has stumbled at the top recently. Julen Lopetegui’s team is four points behind third-place Barcelona and five from second-place Real Madrid. Madrid defeated Barcelona 2-1 on Saturday, while Atlético drew 1-1 at Betis on Sunday for its second consecutive setback.

Sevilla was coming off a 1-0 home win against Atlético. Next Sunday it visits Sociedad.

“More than ever we have to have faith in ourselves and keep doing what we have been doing so far this season,” Lopetegui said.

Celta, which was seeking its second win in a row in the league, stayed in 10th place.

Sevilla opened the scoring with a goal by Jules Koundé less than 10 minutes into the match, but the hosts went ahead with a pair of goals by striker Iago Aspas in the 20th and 23rd minutes.

Fernando equalized for Sevilla in the 35th and Brais Méndez put Celta ahead again near halftime. The visitors rallied in the second half with a goal by Ivan Rakitic in the 60th and another by Papu Gómez in the 76th. 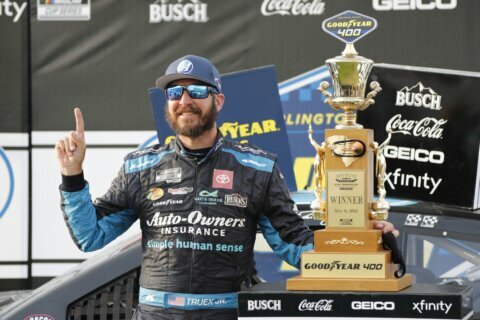 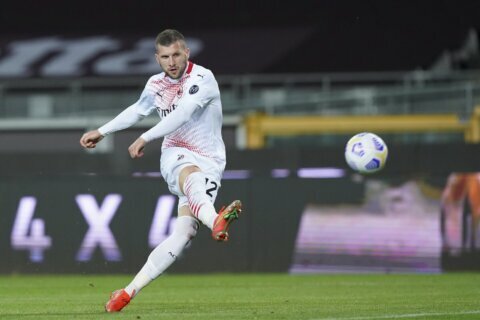