MUNICH (AP) — The Mayor of Munich said Monday that fans could still be barred from attending Euro 2020 games in the German city as UEFA seeks guarantees there will be supporters in the stands.

UEFA last week gave four of the 12 host cities — Munich, Rome, Bilbao and Dublin — an extension until April 19 to guarantee crowds will be allowed. Otherwise they could potentially be excluded from hosting. The other eight cities have given guarantees.

“From today’s point of view, it unfortunately can obviously not be ruled out that no spectators will be allowed into the scheduled games in June on the basis of the infection rate and the corresponding requirement of infection protection orders in Bavaria,” Mayor Dieter Reiter said in a statement.

Reiter had been meeting with German soccer federation president Rainer Koch to discuss how possible scenarios for allowing fans might work. He said he would prefer to have fans at games with “additional hygiene measures and test strategies” to allow a percentage of the capacity of Bayern Munich’s Allianz Arena to be used.

Munich is scheduled to host three group stage games and a quarterfinal game.

The pressure from UEFA on Munich to allow fans comes as the city prepares to tighten restrictions on social contact from Wednesday to slow the rate of infection. There will be a curfew at night and some shops which were allowed to partially reopen earlier this year will have to close again. 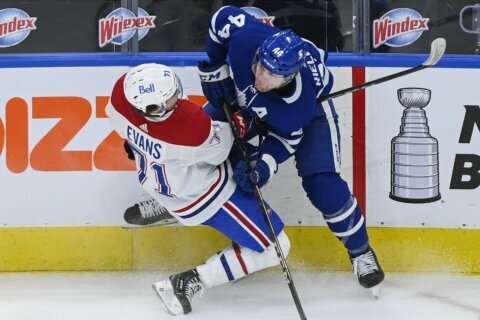